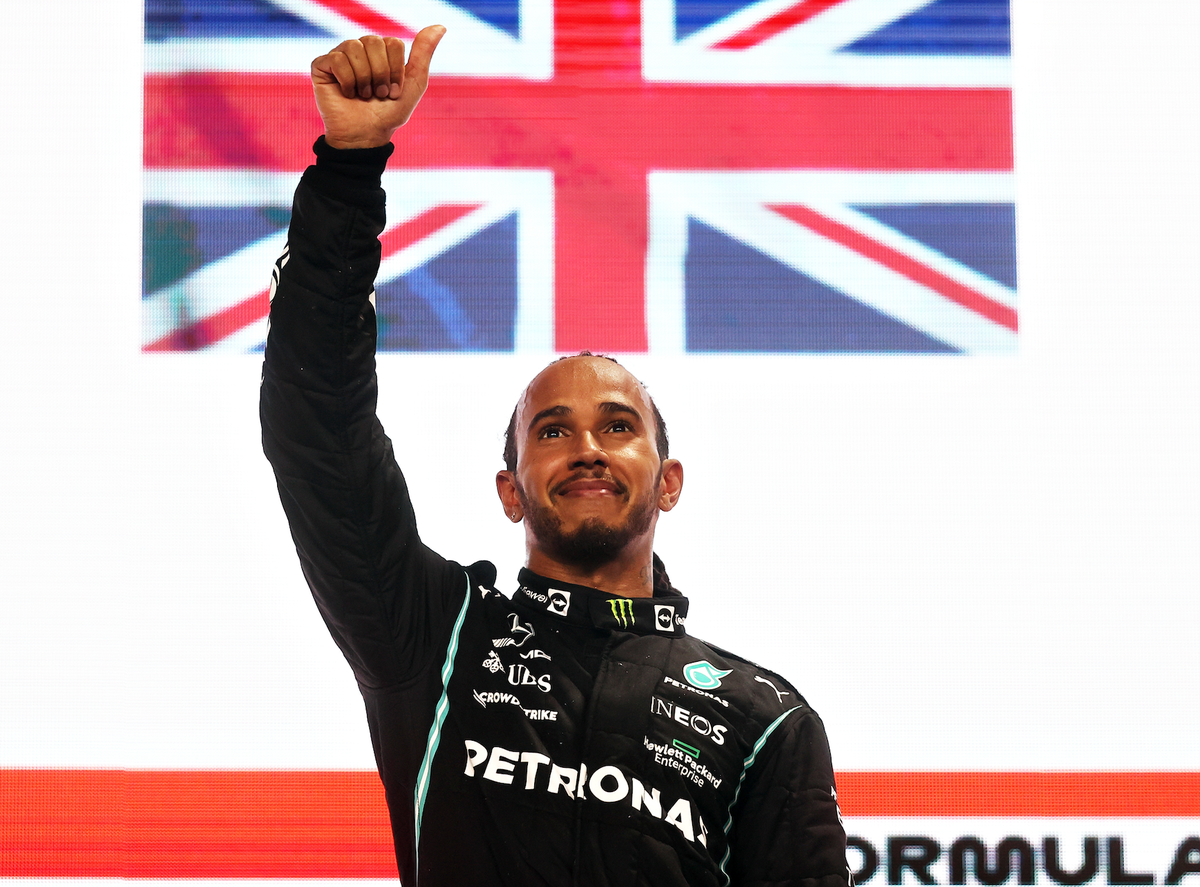 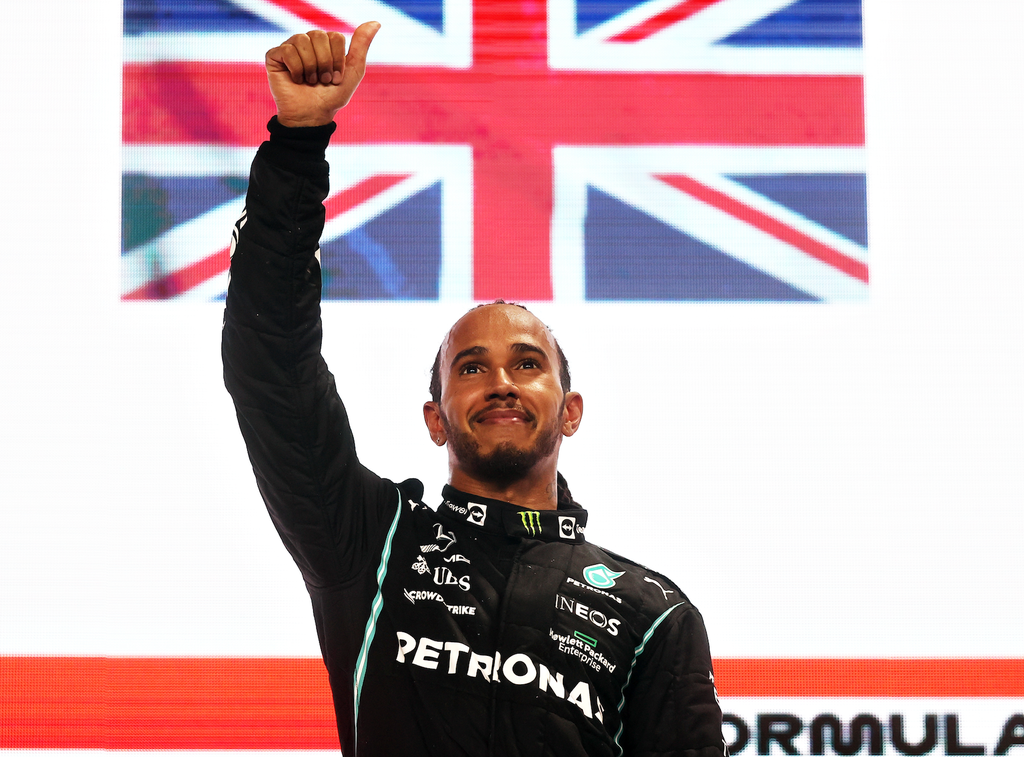 After the fallout from the Qatar Grand Prix, who propelled Lewis Hamilton to favorite for the Formula 1 drivers’ championship, the build-up to Saudi Arabia and how Max Verstappen will react with his advantage now within reach of the seven-time world champion.

The Briton is only eight points behind the Dutch driver and with just two races to go, having timed his latest excellent drive to perfection in a comprehensive win from start to finish, there is no room for error for either driver now.

Verstappen showed his toughness to limit the damage after a damaging grid penalty took a win out of the question, surging up from seventh on the grid after a five-place penalty to snatch second, while also landing a late blow on Mercedes with the bonus point for the fastest lap.

The sport is flying right now, and the iconic Fernando Alonso delivered some nostalgia with a first F1 podium in seven years to the delight of Alpine, with his performance topping Indy Sport’s Qatar Grand Prix driver ratings.

Here’s all the latest F1 news and reaction from Qatar as the build-up to Saudi Arabia begins:

Kubica to stay with Alfa Romeo in 2022

Poland’s Robert Kubica will continue as a reserve driver for Alfa Romeo next season, the Swiss-based Formula One team said on Wednesday.

The 36-year-old former racer will be a stand-in should Valtteri Bottas, who is joining from Mercedes, or Chinese rookie Guanyu Zhou become unavailable.

Kubica has already raced twice this year, in the Netherlands and Italy, as a replacement for departing Finnish veteran Kimi Raikkonen when the 2007 world champion tested positive for Covid.

French Theo Pourchaire is under contract with Swiss-based Sauber, who run the team, and will do some Friday practice sessions while also competing in teenager Formula Two.

“Next year will be again difficult with 23 races, plus the simulator plus the Pirelli test… I think at the end to have two or three reserves is not too much,” Vasseur said.

“For months now I’ve been thinking about these last three races and the location [in the Middle East],” Hamilton said.

“I’ve been trying to think, ‘what is it that I can do?'”. I’m only one person; the sport and all the drivers together, and athletes, can do more.

“In the last race I finally came up with the idea and luckily in a really short space of time I got my helmet painter to send me a clip of this image with the flag over my helmet and I was like ‘that’s what I want for the next race so can you make it happen?’.

“He made it happen and it’s been amazing to see the positive response.”

“I think that’s terrible. I think it’s tacky,” Van de Grint said. “And then marshals are insulted. It is childish.”

“Let everyone focus on their own cars. We have a fantastic season. We have two great drivers who actually downgrade the rest of the field. Fantastic, that’s motorsport.

“We look at motorsport, and not at this sort of thing, right? When I hear terms that I don’t want to repeat, that annoys me too. I am sorry to hear that.”

Red Bull driver Verstappen and Mercedes’ Valtteri Bottas were hit with five- and three-place grid penalties respectively after failing to slow down under yellow flags.

Timo Glock has been unimpressed with Valtteri Bottas’ driving this season and criticizing the Mercedes driver’s latest performance in Qatar.

Bottas was hit with a grid penalty and then endured a poor start before being unluckily suffering a puncture that ruled him out of the race.

“He’s never in a position where you realise that he really wants to drive forward to support Lewis Hamilton,” Timo Glock said. “He drives his races without taking any risks and he always need motivation from Toto Wolff. I think Lewis and Max are on their own to decide the championship.”

Nico Hulkenberg has praised Max Verstappen’s ability to maintain composure in such a nail-biting race for the championship, considering the vast gap in experience between the Dutch driver and Lewis Hamilton.

“These guys don’t get nervous, those are just normal things in a race,” he told Servus TV. “Lewis is not nervous, he is already fighting for his eighth world title. From Max, it’s crazy how cool he is when you realise this is his first fight for a world title.”

Hulkenberg also praised Hamilton’s “sensational” performance in Brazil, where the Briton came from tenth on the grid to take victory and reignite his hopes of a record-breaking eighth title.

“It is possible that Lewis was spurred on by the difficult weekend in Brazil,” he added. “It was a sensational performance from Lewis, faultless. Psychology certainly plays a part here.

“Lewis drove a perfect qualifying lap in Doha, you could see that from the onboard footage.”

Blandin was aero team leader at Jaguar Racing during its transition to Red Bull Racing and worked with Dan Fallows during that period. Fallows, the current head of aerodynamics at Red Bull, is set to become Aston Martin’s technical director next season.

Blandin joined Mercedes in 2011 as a principal aerodynamicist and was promoted in 2017.

“We can confirm that Eric Blandin will begin working for Aston Martin Cognizant F1 Team next year. His exact start date is not yet confirmed,” a statement read.

“The transition from Mercedes AMG F1 Team to ourselves will be an amicable one.”

Ricciardo reveals reason behind lack of pace in Qatar

“In fuel saving, that’s where it got lost,” said the popular McLaren driver, who ultimately finished 12th. “We had a few things going on today. So already from Lap 1, I had some fuel warnings on the dash which you don’t get on Lap 1, so I ignored it, because I thought okay, it’s just an error in the dash.

“But then quite early, I was told that you need to seriously start saving fuel. I saved quite a lot, like already what I thought was too much, and I was told it’s not enough, it’s not enough, to the point where we were… probably going two seconds a lap slower. And with that, tires get cold, brakes get cold, so you lose even more ultimately.

“[The fuel saving] never seemed to be enough. So I was kind of thinking, what’s the point of staying out, because obviously there’s an error and maybe we just messed up but we’re just cruising.

“So we had to do that for the majority of the race. Then I was told no more fuel saving and pushed like crazy [laughs]. I don’t know why I always laugh, I don’t mean to laugh. It was painful and it’s just obviously something that’s gone wrong in the data or the calculations today and we were getting the wrong information.

“So that’s what we need to look into, because our race was dictated by the numbers we were receiving and clearly those numbers were wrong.”

“I’ve generally been very happy with my commitment and my performance,” Hamilton said ahead of the penultimate race of the season. “But I would say what I’ve noticed this year, which is just a fact, is that the car has been very, very hard to set up.

“I can’t remember if it was last year or before, Toto would say it was a diva. But this one is a monster of a diva. And what we often find, plus we’ve had less practice time, is that it’s been harder to get the car in the right window.

“Therefore, when you don’t get the car in the right window, you just limit your potential. So I’m just not able to maximise my ability through the setup not being in the right place, and it’s been very, very hard to get it into the right place.

“[In Brazil]I got the car exactly where I wanted. And that was like literally hitting the nail on the head. But that’s like maybe once or twice we’ve done that this year.”

“Personally, I am frustrated with Formula 1, and in particular with the current rules of what should be, for me, philosophically speaking, a fight,” the eight-time grand prix winner said.

“It is a battle between men who assume a risk freely agreed. And men who fight each other at 300 km/h and more.

“The progress of the events is arbitrated by people driven who certainly mean well but who, in my opinion, and maybe I’m wrong but, aside from one of them at every race, are people who have never racing cars.

“I am not sure that we can, in terms of event, course of the race, in the name of heightened safety, treat the grand prix as a traffic accident.

“We have broken the essential momentum of the race, the combativeness and the very nature of this sport and these drivers, through a succession of penalties and fines. ”