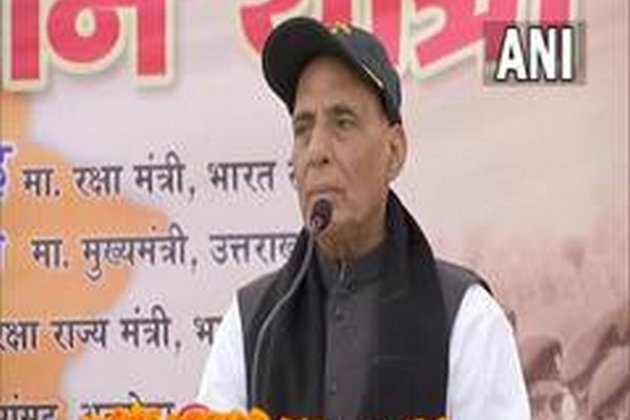 The Defense Minister, along with the Minister of State for Defense Ajay Bhatt and Uttrakhand Chief Minister, visited Pithoragarh on Saturday to participate in the Shaheed Samman Yatra where he addressed a public meeting and met family members of martyrs.

“I was shocked to know that in the last four months from the day he was sworn in as Uttrakhand CM, he has taken 400 decisions for the welfare of the state. I was also Chief Minister of a state but taking 400 decisions in such a short span of time is not an ordinary thing,” Singh said.

Appreciating the development work done by the CM, the defense minister said,” Uttrakhand Chief Minister is young and dynamic and is capable of leading the state to one of the best states in the country.”” Dhami is a good finisher like Dhoni and we should give him a chance to play and perform in a full-length test cricket for five years,” he said.

After the event, Singh and Dhami met Ex-Servicemen and listen to their grievances. (ANI)