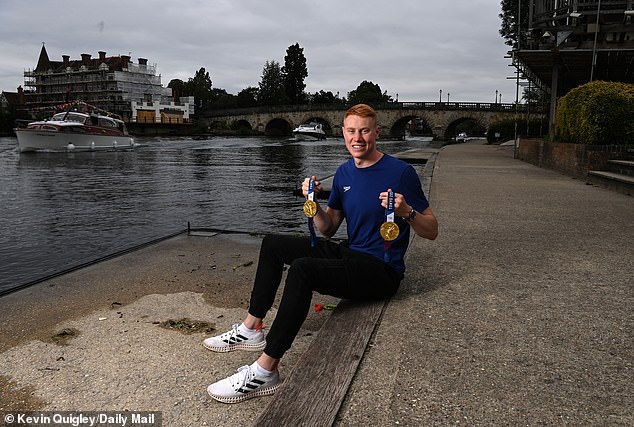 Two of the faces of the summer are standing smiling at the banks of the Thames — one clutching two gold medals, the other displaying five rings on his arm.

‘I think she is a fan of it… as long as I don’t get any more,’ grins Tom Dean when asked how his new Olympic tattoo has gone down with his now famous mother, who has joined him by the river in Maidenhead .

‘I landed back from Tokyo on the Monday and on the Tuesday I was sitting in a tattoo parlor getting it done. As long as it doesn’t become a full-on sleeve, I think my mum will be OK!’ 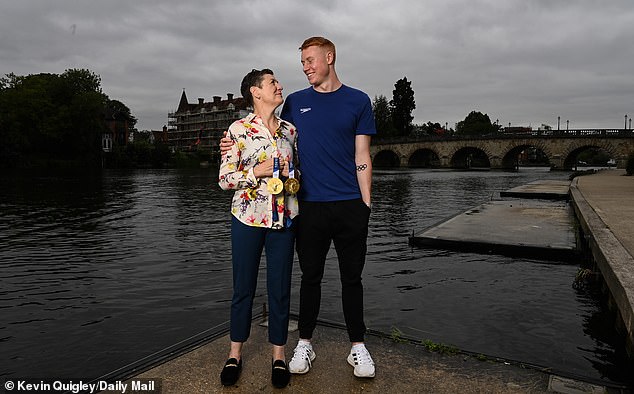 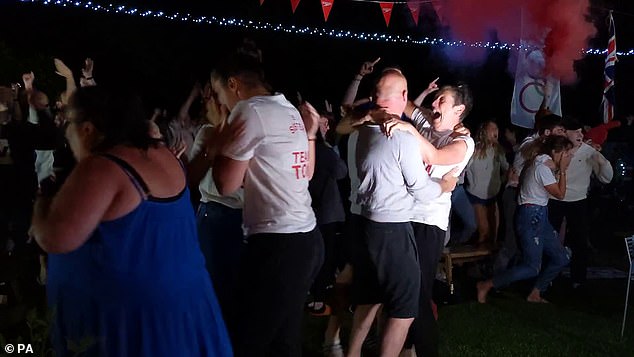 It would not have surprised you had Jacquie Hughes actually followed Dean in getting her own permanent memento of Tokyo 2020, such is the way she embraced her son’s success in July.

She was responsible for one of the enduring moments of the Games, when she hosted 70 people in her garden to watch Dean’s victory in the 200metres freestyle at 3am, footage of which went viral.

‘The watch party just resonated with so many people and off the back of that came about 50 interviews with her,’ laughs Dean. One of those interviews was conducted while she was swimming in the same stretch of the Thames where she and Dean find themselves now with Sportsmail.

‘I think they just caught her in her natural habitat,’ says the 21-year-old. ‘It is a standard daily occurrence for her, jumping in the river near our house and going for a swim. 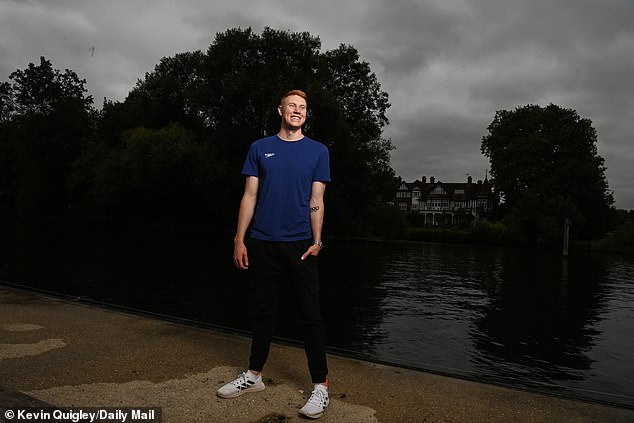 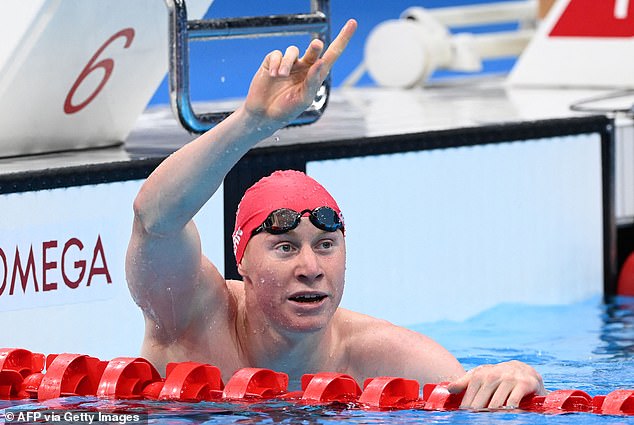 Dean overnight earned fame for his achievements in Japan, which saw him win two golds

‘I love my family getting coverage because I wouldn’t be here and wouldn’t have done the things I’ve done without them. If people start to realise how much has been sacrificed over the last decade by my family and my mum, that’s all I can ever want.’

Even that wild gathering, however, was superseded by the homecoming Hughes organized for Dean, when 500 people lined their street to welcome him back with his gold medals.

‘That was so cool,’ says Dean. ‘I had been up for about 24 hours and I thought I would be jumping in the shower and going to bed. But I pulled down my street and there were like 500 people waiting in front of my house — TV cameras, photographers, a DJ and mic. It was absolutely crazy.

‘I’ve been here, there and everywhere since I’ve been back. Not a day has gone by where I haven’t been stopped in the street, which is a bit surreal. 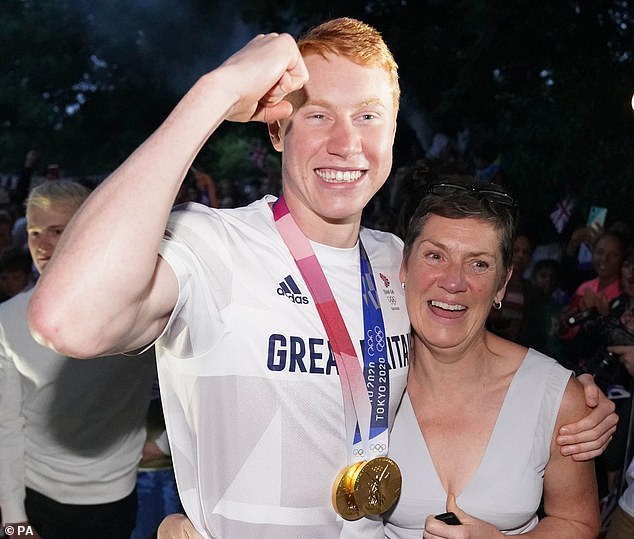 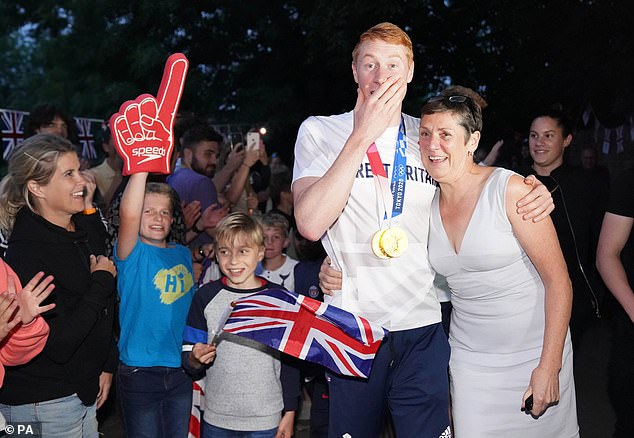 ‘I had some people ask me to put my medals around their dog while they took a photo. My girlfriend has kind of become the photographer every time someone wants a picture. It has been cool but has taken a bit of getting used to.’

Such was Dean’s relative anonymity before Tokyo, he did not even have an agent. That was rectified as soon as he returned, with more television and commercial opportunities already coming his way.

‘I haven’t had the Strictly call just yet,’ he jokes in reference to Adam Peaty’s appearance on this year’s BBC show. ‘We will hold out for a few more years and see if the phone rings!

‘I haven’t seen Adam’s dancing apart from when he’s had a few drinks so I am not too sure how he is going to be doing a proper routine!’

It was the greatest 1min 44.22sec of Dean’s life but he says it still makes for uncomfortable viewing. ‘I watched it back for the first time when I got home and it was pretty crazy to see,’ he admits.

‘It never feels like you are watching yourself swim. Even though I knew the result, it was like, “Which way is it going to go?” I got nervous watching the touch.’

The touch went Dean’s way by just four hundredths of a second, just ahead of British team-mate Duncan Scott, with whom he teamed up to win the 4x200m freestyle relay 24 hours later. 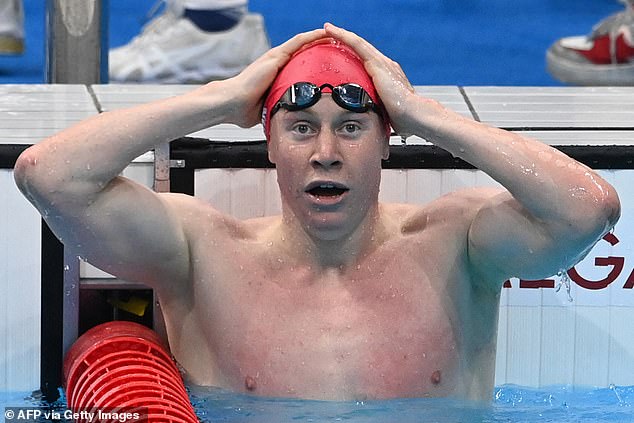 That victory made Dean the first British swimmer to win two Olympic golds at the same Games in 113 years, a feat later emulated by Peaty and James Guy.

What made it all the more remarkable was that Dean was bed-bound with Covid in January, his second bout of the virus in four months.

‘I have spoken to some of my physio and support staff at Bath since I have been back and we were reminiscing about January and thinking how on earth we did go from there to where we are now,’ says Dean.

‘There were times where I thought I wasn’t even going to make it on the blocks to trials let alone the actual Games. It is a bit crazy to think I was pretty much bed-bound in January and I was able to step up to an Olympic final and get the job done less than six months later.’ 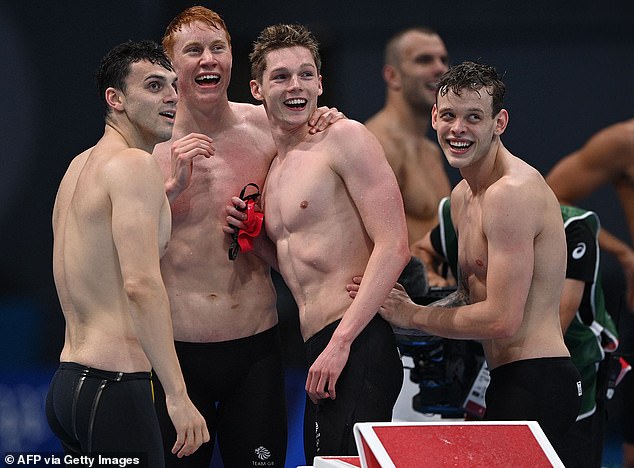 Dean spent five weeks out of the water after touching down from Tokyo but has now returned to the pool. He will swim for London Roar in the International Swimming League this winter and is already looking forward to next year’s World Championships and Commonwealth Games. Oh, and the Paris Olympics are just three years away.

‘We have got a busy schedule in the next 12 months so I have got to get some hard work under my belt. I couldn’t keep lazing around for ever,’ he says.

‘In Paris, I will be nearer my peak. I will be 24 and hopefully a bit quicker, a bit stronger and closer to my best. I don’t want to be a one-hit wonder. I want to have longevity in the sport.’

An added motivation for Dean is the possibility of his 16-year-old brother William — the youngest of his four siblings — stepping up to swim with him for Team GB. 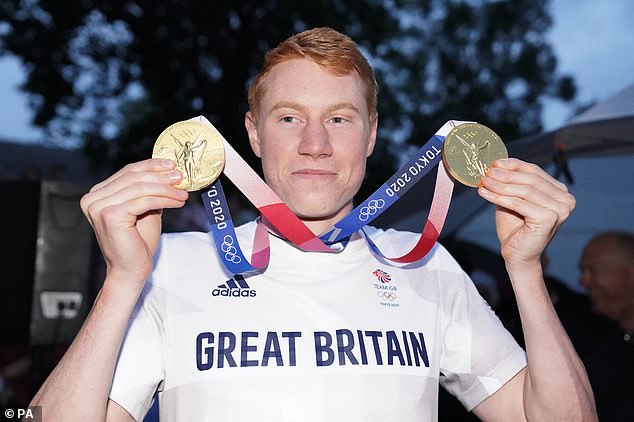 ‘He is a lot bigger than I was at 16. Three years ago now, I wasn’t even thinking about pursuing swimming as a career in the slightest. All I was thinking about was doing my studies and trying to get a place at university.

‘So much can change in that time and hopefully seeing what I have been able to achieve will allow him to realise it is not the worst career path in the world.

‘He has got to do all the early mornings and hard graft. My old coach Paul at Maidenhead isn’t going to let him off lightly but a Dean duo at Paris would be pretty awesome.’ 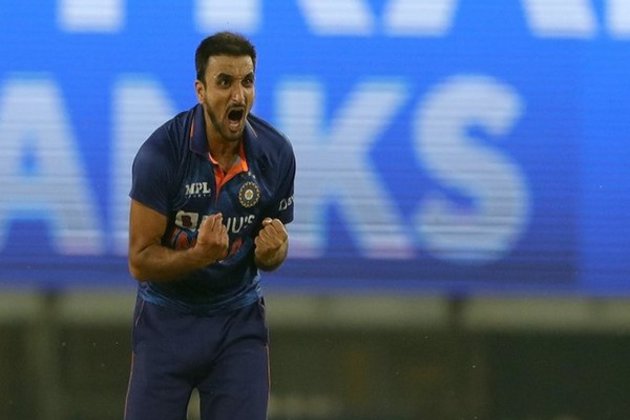 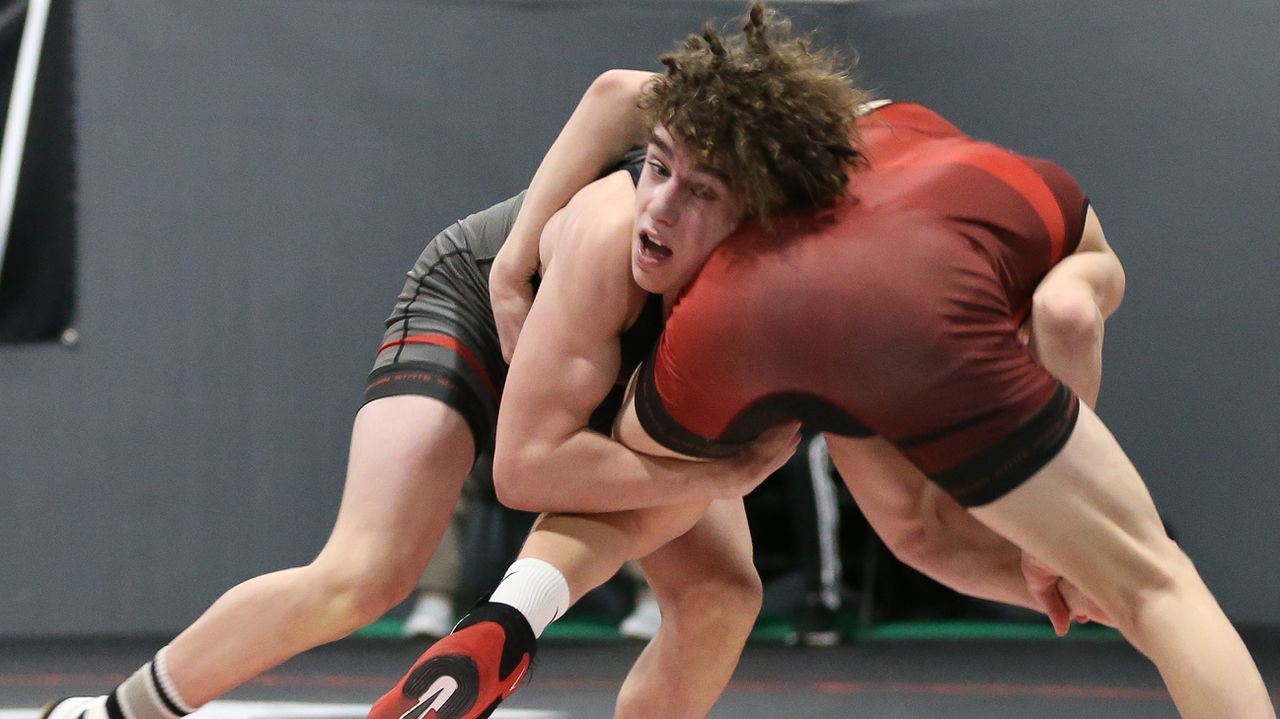