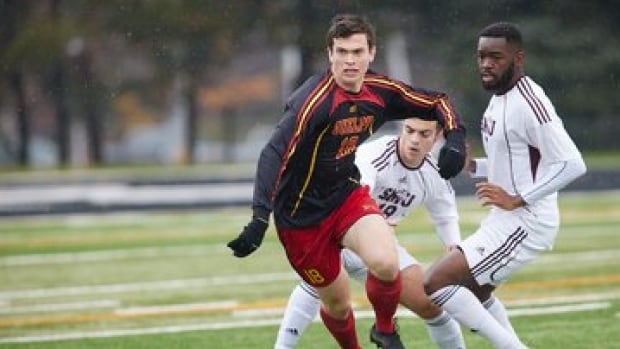 Guy-Frank Essome Penda’s penalty strike in a shootout propelled the Montreal Carabins to a 2-1 victory over the Victoria Vikes and into the semifinals of the U Sports men’s soccer championships on Thursday.

In a game that took 120 minutes and the shootout to decide, Montreal edged Victoria 4-3 on penalty kicks.

After a scoreless first half, Vikes forward Ian Whibley found an open Isaac Koch in the box, and the fifth-year senior one-timed the low, hard shot under a diving Felix Goulet for a 1-0 Victoria lead.

The Carabins finally got on the scoreboard in the 80th minute when first-year forward Alexis Stevens took a pass in close to shoot over the ‘keeper.

Both teams had excellent scoring chances in overtime, but failed to convert, sending the game to a shootout.

Tied in penalty kicks through the first four players apiece, Victoria’s Matteo Ventura was stopped on a low drive to the left, setting up Essome-Penda, the 2021 U Sports player of the year. He slotted into the bottom right corner.

Montreal will take on the Guelph Gryphons in the first semifinal on Saturday.

You can watch every game from the U Sports men’s and women’s soccer championships on CBCSports.ca.

Owen McKee and Alex Zis scored to lead the Gryphons to a 2-0 win over the Saint Mary’s Huskies.

The OUA champion Gryphons, who entered the national tournament as the only undefeated team left in the country, got on the scoreboard in the 37th minute when Jack Sears’ low drive at the net landed on the foot of McKee. The rookie finished with a tap-in from two yards out.

The Huskies were reduced to 10 players when senior defender Kwaku Korankye picked up his second yellow card and was ejected.

Zis put the game out of reach in the 73rd minute, cutting past his defender before launching a hard shot from outside the box.

Charlie Waters scored twice, and Kairo Coore got the game-winner in overtime to lead the Cape Breton Capers to a victory over Laval, fortheir fifth consecutive national semifinal appearance.

Coore, a second team all-Canadian, scored in the 116th minute after a second-half comeback by Laval.

The Capers scored in the game’s fifth minute when Daniel Williams was taken down in the box. Waters buried the ensuing penalty kick.

The Capers doubled their lead in the 55th minute when Waters scored from 30 yards out, a missile into the top left corner.

The Rouge et Or piled on the pressure and were rewarded in the 74th minute with a goal from defender Baptiste Toussaint.

Laval continued to dominate possession, and after numerous scoring chances, tied the game on the final play of regulation when Jean-Philippe Levesque gathered the ball in the 18-yard box and volleyed it past Capers’ keeper Daniel Clarke.

Coore took a nice pass from Waters, took several dribbles, before scoring the winner in OT.

The Capers face the Carleton Ravens in the semifinals.

Tareq Hamad scored twice as Carleton rallied to beat UBC in a shootout.

UBC led 2-0 on first-half goals from Nick Fussell and Nicholas Momotani before Carleton replied with a pair of goals to force overtime.

Gabriel Bitar broke through in the 60th minute to put the Ravens on the scoreboard. Only seven minutes later, Hamad connected on a header into the bottom corner to beat UBC ‘keeper Bennett McKay.

In the women’s bracket, Danielle Steer struck the winning penalty kick to lift the UBC Thunderbirds to a 2-1 victory over the Acadia Axewomen and into the semifinals of the U Sports women’s soccer championships.

UBC kept possession for much of the game, but didn’t get on the scoreboard until the 50th minute when freshman player Aislin Phillips struck a ball from 20 yards out, which deflected off a couple of legs before finding the left corner behind Acadia ‘keeper Milena Ramirez.

Senior wing Jayden Boudreau tied it up for Acadia in the 69th minute, with a shot to the top corner.

After chances for both teams in overtime, the game went to a shootout.

UBC will face the MacEwan Griffins in the semis on Saturday.

Salma Karnel and Abbey Wright scored to lead MacEwan University to a 2-1 quarter-final victory over Queen’s.

Karnel scored in the 35th minute, volleying a shot over the head of Queen’s freshman goalkeeper Kirstin Tynan.

The Griffins’ lead was short-lived as rookie recorded Marissa Gravel in the 40th minute to even it up.

Wright, a sophomore defender, got the winner in the 81st minute when she took a through ball from third-year defender Hannah Supina and slotting it past Tynan.

Kathryn Harvey’s goal in the 24th minute would stand up as the game-winner as top-ranked Trinity Western University beat host Cape Breton University 4-0.

The Spartans came out flying from the opening whistle, putting the hometown favorites on their heels.

Harvey, a senior forward, scored off a scramble in the 18-yard box after a corner kick, chipping in a under the crossbar behind third-year goalkeeper Haley Kardas.

The Spartans doubled their lead just seconds before the halftime whistle, when fifth-year senior defender Liz Hicks got her foot on a corner kick.

With the Capers pressing, the Spartans capitalized on the counter-attack as senior forward Anna Dunn scored off a scramble after a corner kick in the 83rd minute.

Arielle Roy-Petitclerc scored the game’s only goal to lift Laval past Western and into the semifinals.

After numerous scoring chances for both teams, Roy-Petitclerc, a fifth-year forward, finally got Laval on the scoreboard in the 60th minute, beating Western’s first-year ‘keeper Sam St. Croix. 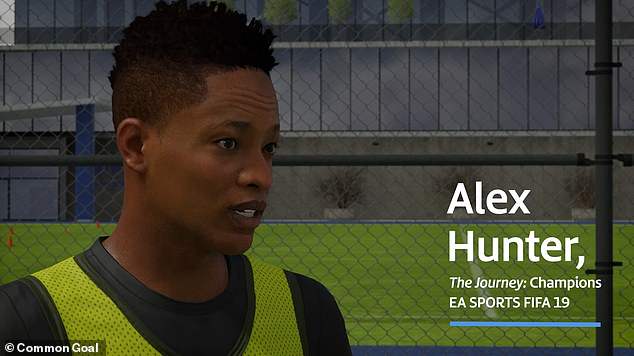