STOCKBRIDGE — Henry County’s high school wrestling programs have had their share of success on the region and state levels throughout the years.

That was also true last season, albeit on a slightly smaller scale.

However, coaches from all 10 of the county’s public school programs who were represented at last month’s Henry County winter sports Media Day at the Fairview Performing Arts center, and from the two private schools, have every reason to believe the 2021-22 season will be another strong one.

Dutchtown didn’t have any state placers from last season, but Bulldogs coach Arturo Meza is very enthused that this year’s roster, including junior Amarion Yarbrough will all take a major step forward from the wrestling room to the competition mat.

Eagle’s Landing has made some strides of its own since 2020-21, with 25 wrestlers coming out to preseason practice even before athletes from the football team were done with their fall season.

So coach Chris Allen’s Eagles figure to have a well-stocked roster this year, including the return of two state qualifiers in seniors Jahlil McKenney (35-11 at 285 pounds last year) and Nick Williams (19-13 at 132), as well as junior Christian Sampson.

Hampton Coach Darrell Howard is looking for strong focus from his wrestlers this winter, and will look to the likes of Class AAAA state 195-pound qualifier Justin Busby and girls competitor Dej-ann Angus for leadership.

Locust Grove Has been a consistent top-10 state program over the years, and last season was no exception, with the Wildcats placing eighth in the Class AAAAA state traditional meet, one of three Henry County teams to place in the top 10.

The emphasis coach Jeff Lake is making at Luella This season is on increased mental and physical toughness and better execution among his wrestlers.

Returning senior state qualifier Clint King (16-6 at 120), who moves up a weight class to 126, and sophomore Cameron Trimble at 152 are expected to lead the way for the Lions.

McDonough coach Ron Quimby also will welcome back a state qualifier to the Warhawks’ roster in 2021-22, senior Brandon Olsen, who has been listed as the No. 4 returning wrestler in Class AAAA by georgiagrappler.com. He posted a 17-8 record at 126 pounds last season.

After another season as one of Henry County’s powerhouses, with a third-place finish in the Class AAAAA state duals and a fifth-place showing at the traditional state tournament, Ola is looking to challenge for even bigger and better things this winter.

And coach Joey DiNino appears to have a roster, one he calls one of the most-seasoned he’s ever had, to do just that.

Among the Mustangs’ top returners are state placers in senior Sam Harris, a senior and three-time state placer, including going 26-4 and placing fourth at 138 last year, junior two-time placer Conner Kimbrough (25-5), the defending state runner-up at 120, and senior Reese Jones (32-2), a three-time state placer and former state champ who is rated the No. 3 Class AAAAA returner in the state by georgiagrappler.com after placing third at 126 last year.

Stockbridge Coach Josh Lunn says he will be patient with this team, as the young and rebuilding Tigers will be entirely made up of underclassmen with junior Alvinno Cheeks and sophomore Brice Bause being among the key catalysts.

Strong Rock Christian Coach Scott Parrish will try to get the most out of his Patriots in their last season in Georgia High School Association competition before the program moves to the Georgia Independent Schools Association next year.

Union Grove will try to build on an already strong and established legacy after sixth placement at the Class AAAAA state traditional meet last season.

First-year coach Jared Rector’s Wolverines return a trio of cornerstones of that team in junior state placer Jonah Lavendar (18-12, fifth at 126) and state qualifiers and senior co-captains Levi Rowe (19-7 at 220) and Dalton Clinton (20-9 at 113).

Woodland will try to move up the ladder in the Class AAAAA pecking order, with the Wolfpack returning 170-pound state qualifier Joshua Fraser (10-3), along with brothers Rush Thomas (a junior) and Noah Thomas (a senior).

America’s wealth gap is wide and getting wider, with the number of billionaires multiplying during the coronavirus pandemic. Stacker takes a look at how we got where we are. Click for more. 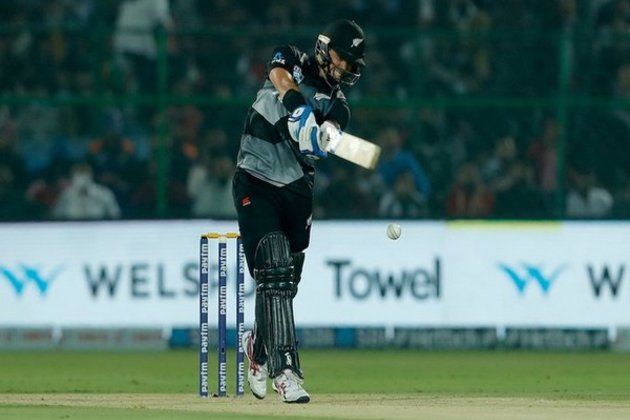