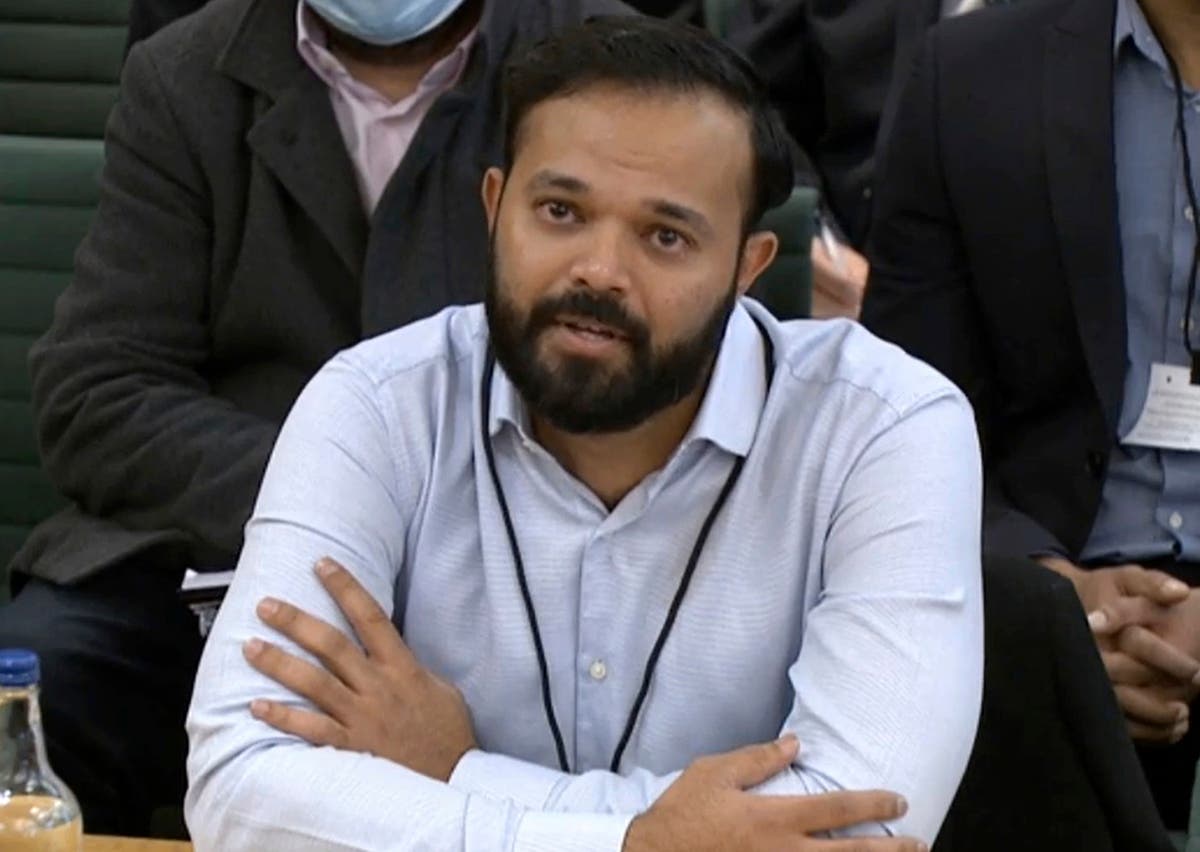 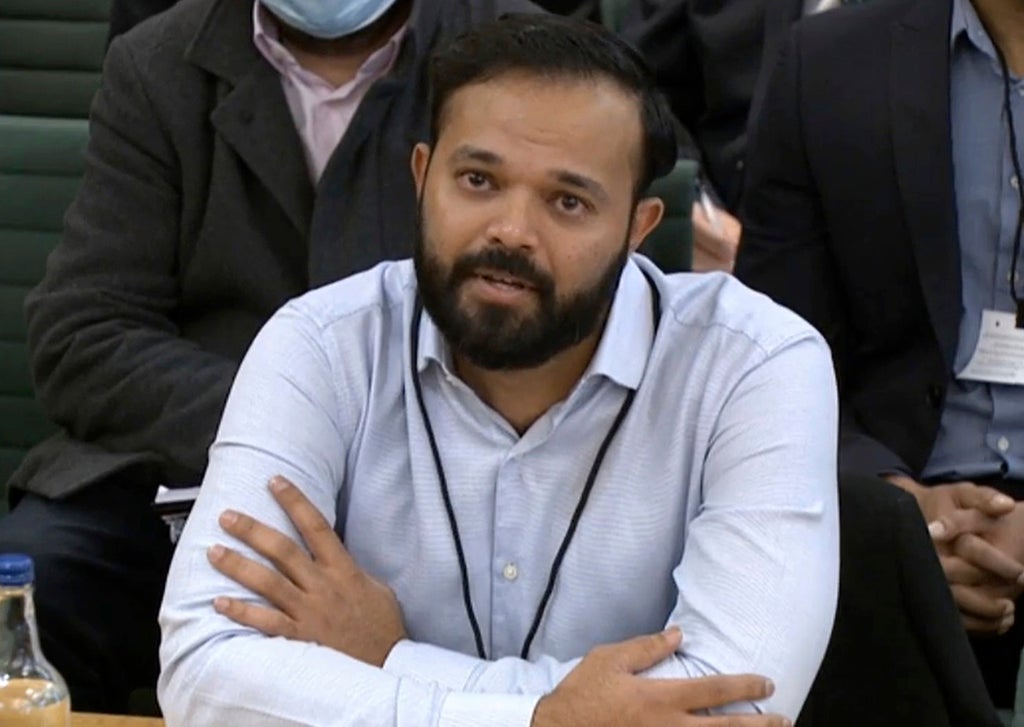 Yorkshire whistleblower Azeem Rafiq delivered an emotional and explosive account of his harrowing experience of racism in cricket to MPs on Tuesday, with a series of new and shocking allegations that implicate a handful of high-profile former England players.

During a lengthy appearance in front of the Digital, Culture, Media and Sport select committee he offered up a damning, and damaging, account of his life in the English game before the publication of a written statement escalated matters even further.

Over the course of what could go down as a watershed day for the sport, ex-internationals Matthew Hoggard, Tim Bresnan, Alex Hales and Gary Ballance had all been subject to fresh claims of racial discrimination that paint a torrid picture of how Rafiq’s dream career turned into a battle against depression.

In his published witness statement from a now-settled employment tribunal with Yorkshire, Rafiq said that Bresnan’s treatment of him led to “suicidal thoughts” in 2017, with a later apology from Bresnan described by Rafiq as “lip service”.

Elsewhere he restated an existing allegation against former England captain Michael Vaughan and also aired a long list of complaints against Yorkshire’s director of cricket Martyn Moxon and head coach Andrew Gale. Neither of the pair are currently active in their posts, with Moxon signed off due to a stress-related illness and Gale suspended pending an investigation into an offensive historic tweet.

Rafiq’s attempts to raise claims internally at the county fell on deaf ears more than three years ago, but an independent panel was eventually commissioned in 2020 following a series of media interviews. Its report has been roundly criticized by those who have seen it – with DCMS committee chair Julian Knight deriding it as “a Venn diagram of stupidity” – and led to Yorkshire’s controversial conclusion that no staff members should face disciplinary action.

Rafiq said he wished to become “the voice of the voiceless” as he reflected on cricket’s wider problems around the race, making it clear that he felt the shortcomings go right to the very top.

As well as going into disturbing details of his time at Headingley, the 30-year-old claimed Ballance’s derogatory use of the term ‘Kevin’ as a blanket term for all people of color was “an open secret in the England dressing room”. He further alleged that another former England batter, Alex Hales, had named his dog Kevin because it was black.

Ballance has previously admitted using a “racial lur” against Rafiq over the course of a deep friendship but the latter rejected thation. Instead he says Ballance coined the unwanted and offensive nickname “Raffa the kaffir” and would “constantly talk down to me and make racist jokes, designed to shame me and make me feel small.” Examples involved references to corner shops, Sheikhs and being related to other Asian men.

Ballance is accused of repeatedly calling Rafiq ‘P***’, an allegation that is also levelled individually at Hoggard, Bresnan and Gale.

Hoggard is also said to have used the phrase “elephant washer”, subjecting Rafiq to such abuse “on a daily basis…all day, every day” and making players of Asian heritage sit together in the changing room. During his oral evidence, Rafiq credited Hoggard with reaching out to apologise.

No such mitigation was offered for Bresnan, of whom Rafiq wrote: “Tim frequently made racist comments and was unduly harsh towards me compared to white British players, which became so unbearable that I made a formal complaint against him in 2017.”

Bresnan later apologised unreservedly for “any part I played in contributing to Azeem Rafiq’s experience of being bullied” but stressed the accusation he frequently made racist comments was “absolutely not true”.

Gale is also alleged to have used a variety of racial slurs as well using his leadership positions to subject Rafiq to “discriminatory treatment and bullying” which held back his career.

The majority of Rafiq’s claims center around his two stints as a Yorkshire player between 2008 and 2018, with notable exceptions for Jason Gillespie’s reign as head coach and a month-long loan spell at Derbyshire, but a graphic episode from his youth was also described.

Rafiq revealed that as an aspiring 15-year-old club cricketer he had been restrained in a car and force-fed alcohol by a former Yorkshire and Hampshire player. As a Muslim this contravened his religious beliefs, though he later admitted he took up drinking at Yorkshire.

“I (then) didn’t touch alcohol until about 2012 and around that time I felt I had to do that to fit in. I wasn’t perfect, there are things I did which I felt I had to do to achieve my dreams. I deeply regret that but it has nothing to do with racism. The game as a whole has a problem, with listening to the victim. There is no ‘yeah, but’ with racism; there is no ‘two sides’ to racism.”

Asked if he could identify a single individual who had stood up for him or called out acts of racism at the time, he was unable to summon a name, adding: “You had people who were openly racist and you had the bystanders. No-one felt it was important.”

Expanding on Ballance’s use of the word ‘Kevin’, Rafiq explained: “Kevin was something Gary used to describe anyone of color in a very derogatory manner. It was an open secret in the England dressing room.

“Anyone who came across Gary would know that was a phrase he would use to describe people of colour. Gary and Alex Hales got really close to each other when they played for England together. I wasn’t present in that dressing room, but what I understand (is) that Alex went on to name his dog ‘Kevin’ because it was black. It’s disgusting how much of a joke it was.”

On England captain Joe Root’s recent assertion that he could not recall any examples of racism at Yorkshire, Rafiq found it hard to reconcile his positive view of the individual with the culture that existed during their time together at Yorkshire.

“Rooty is a good man. He is never engaged in racist language,” he said.

“I found it hurtful because Rooty was Gary’s housemate and had been involved in a lot of the socialising where I was called a ‘P***’. It shows how normal it was that even a good man like him doesn’t see it for what it was. It’s not going to affect Joe, but it’s something I remember every day.”

Former England coach and veteran commentator David Lloyd issued an apology on Twitter after Rafiq indicated he had exchanged disparaging messages about him in private. Lloyd, whose employer Sky has said they are investigating the comments, wrote: “I deeply regret my actions, and I deeply apologise most sincerely to Azeem and to the Asian cricket community for doing this, and for any offence caused.”

The England and Wales Cricket Board has appointed an independent commission for equity in cricket (ICEC), chaired by Cindy Butts, charged with examining the issue of race in the game.

Its call for evidence is now open, but Rafiq was sceptical about that process, stating: “Action is needed and needed now. To be honest, we are sick and tired of these equity commissions and inquiries. Sick and tired.

“All we are asking for is equality, to be treated fairly regardless of the color of our skin or the religion we follow. It’s 2021, we shouldn’t even be having this conversation. No-one has ever been a whistleblower before, no-one has ever had the courage to come forward because of the fear of not being believed. Do I believe I lost my career to racism? Yes I do.

“Maybe what was written for me was this. I’m a massive believer that everything happens for a reason. I hope in five years’ time we are going to see a big change, that I did something far bigger than any runs or any wickets I got.”

The PA news agency has attempted to contact those involved for comment. Michael Vaughan issued a statement on Monday categorically denying accusations he had told four Asian team-mates “there’s too many of your lot, we need to do something about it”. 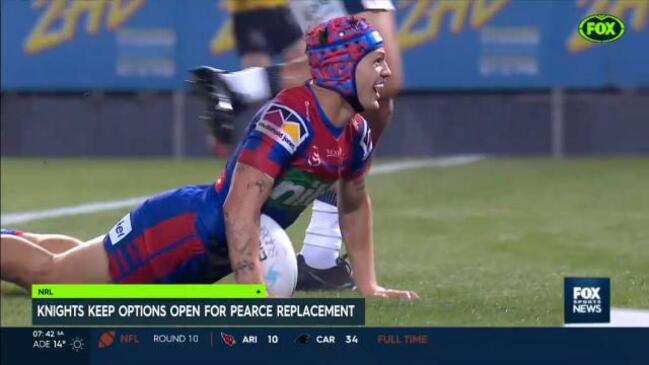