England stand on the brink of qualification for the 2022 World Cup, needing just a point from their final group stage game against San Marino this evening.

Gareth Southgate’s side will be very confident of victory against the minnows and will soon begin to look towards the first winter tournament in Qatar next year.

The focus is on playing for the moment, but Southgate’s progression from player to manager may well have had an impact on the current crop.

Southgate is far from the only former England player to move into management, with several of the so-called Golden Generation making headlines on the job market recently.

They may not have won the trophy many thought they should have, but the Golden Generation could well be shaping the stars of the future.

England’s first-choice goalkeeper at the tournament was 26 and at Tottenham in 2006. Robinson played for England until 2007 and won 41 caps in total.

Now 42, Robinson does some media work, as well as working as a mindset coach and motivational speaker.

Gary Neville is a regular on our screens
(

Neville was one of the most experienced players in Sven Goran Eriksson’s squad in 2006, having won 79 of his 85 caps before the tournament.

He retired from playing in 2011 and, after stints in coaching with England and Valencia, is now firmly established as one of the most influential and respected pundits in the business.

One of only nine players to have won over 100 caps for England, Cole was still at Arsenal when he went to the World Cup, but joined Chelsea that summer.

The left-back played until 2019 before entering the world of coaching. He is a coach with Chelsea’s Under-16s and an assistant with England’s Under-21s.

Gerrard formed the spine of the team at the tournament and went on to earn 114 caps for England.

After two years with LA Galaxy, he retired in 2016 to go into coaching with Liverpool ‘s youth teams before moving to Rangers in 2018.

He will make his debut as a Premier League manager on the weekend after taking over from Dean Smith at Aston Villa last week.

Ferdinand was a fixture in the center of England and Manchester United ‘s defense for a decade.

He quit playing 2015 and ever since has been a fixture on our screens as a pundit for the BBC and BT Sport.

John Terry is looking to get into management
(

Ferdinand’s long-time England center-back partner has chosen a different path to his team-mate.

Terry hung up his boots in 2018 and is pursuing a career in management, having been on Smith’s staff at Aston Villa. He is now on the lookout for a first management position.

England’s captain at the 2006 World Cup. Beckham’s fame was such that he was always likely to go down a different path to his team-mates.

As well as pursuing his many commercial interests, the 46-year-old is a part owner of Inter Miami, who joined MLS last year and is managed by Phil Neville.

Chelsea and England’s No8 has already enjoyed a high-profile management career since retiring from playing in 2016.

The 43-year-old has taken charge of Derby County and Chelsea and has been linked with various jobs since being sacked by the latter in January.

Rooney may have been overtaken by Harry Kane as England’s top scorer in competitive matches on Friday, but he remains an all-time Three Lions great.

The former Manchester United striker has taken on a difficult task in his first management role, leading crisis-hit Derby’s attempts to avoid the drop in the Championship for the past year.

Michael Owen is a regular on BT Sport

Owen is sixth on the list of England’s all-time top goalscorers with 40 goals in 89 games.

He played until 2008 for his country, but made it until 2013 in club football before injuries finally took their toll.

The 41-year-old is a regular on our screens as a pundit for BT Sport and in our newspaper columns, when he’s not recording cringey adverts .

Cole’s dipping strike against Sweden at the 2006 World Cup was one of the best moments of an otherwise disappointing tournament for England.

He finished up playing with Tampa Bay Rowdies in 2018 and, after working with Chelsea’s youth players, is now trying to progress his coaching career while also working as a pundit for BT Sport.

Sol Campbell is on the hunt for another management position
(

Campbell won 73 caps for England from 1996 to 2008. He retired from playing in 2011 and has been trying to crack management ever since.

The 47-year-old has taken charge of Macclesfield Town and Southend United so far, but has been out of management since June 2020.

James was 35 and four years older than any other player in England’s squad for the 2006 World Cup. He did not get a game, with Robinson preferred in goal.

One of the biggest characters of his generation, the 51-year-old has dabbled in art, been on Strictly Come Dancing and been declared bankrupt.

England’s back-up left-back won 36 caps for his country, despite Cole’s dominance of the position.

He married Frankie Sandford from pop group The Saturdays in 2014 and has been on I’m A Celebrity Get Me Out Of Here, as well as Celebrity SAS: Who Dares Wins.

Carragher’s international career was nowhere near as impressive as his club career for Liverpool, but he still won 38 caps for England between 1999 and 2010.

The versatile defender retired in 2013 and in recent years has formed a punditry double act with Gary Neville on Sky Sports.

Owen Hargreaves has gone into punditry since retiring
(

Like many factors of his generation Hargreaves’ international career was hindered by Gerrard, Lampard and Paul Scholes’ presence.

The Canada-born Bayern Munich-playing footballer since saw his career cut short by in 2012 and has gone into media work and punditry with BT Sport.

Jenas had already won 15 of his 21 England caps by the time the 2006 World Cup in Germany came around.

Since 2014, the former re- Tottenham Showti career has enjoyed a successful broadcasting, becoming one of the cross over into mainstream presenting on programs like the BBC’s One.

Michael Carrick is one of Ole Gunnar Solskjaer’s assistants
(

Carrick was 24 and still at Tottenham, with Jenas, when he was called up for the 2006 World Cup. His career progressed from there with Manchester United, who he joined in 2006 and never left.

The stylish central retired in 2018 but was kept at the club as a part of Ole Gunnar Solskjaer’s coaching staff, where he works alongside the Norwegian, Mike Phelan and Kieran McKenna.

One of only a few players from the 2006 World Cup squad who are still playing. Lennon was 19 when Eriksson picked him in his squad on the back of his eye-catching wing play for Spurs.

He won 21 caps for the Three Lions altogether and is currently plying his trade with Burnley, aged 34, after signing a one-year contract with the Clarets following a spell in Turkey with Kayserispor.

Stewart Downing retired in the summer after a spell with Blackburn
(

Downing made his name with hometown club Middlesbrough and did well to be called up while not playing for an established Big Six side.

The left winger won 35 caps in total and hung up his boots in August after spells with Middlesbrough, Sunderland, Aston Villa, Liverpool, West Ham and Blackburn.

Crouch is still expected to be welcomed into Trinidad and Tobago after scoring a controversial goal against the side at the 2006 World Cup, but the lanky striker’s career is not suffering because of it.

Like many of his former team-mates, Crouch is a regular BT Sport pundit and has used his sense of humor to good use, with a best-selling book and popular podcast.

Scott Carson is a back-up keeper with Man City

Carson was a perennial third-choice goalkeeper with England and won just four caps for his country.

Now 36, he is still a professional footballer, albeit one who very rarely has to play any competitive football. After a two-season loan with Man City, he was handed a one-year deal in the summer and has earned praise from Pep Guardiola for his character behind the scenes with the Premier League champions.

The only player from the 2006 World Cup squad who is still a regular at Premier League level – and that owes a lot to the fact he was just 17 years old at the time.

Walcott is still only 32 and is now back at his first club, Southampton, after spells with Arsenal and Everton. 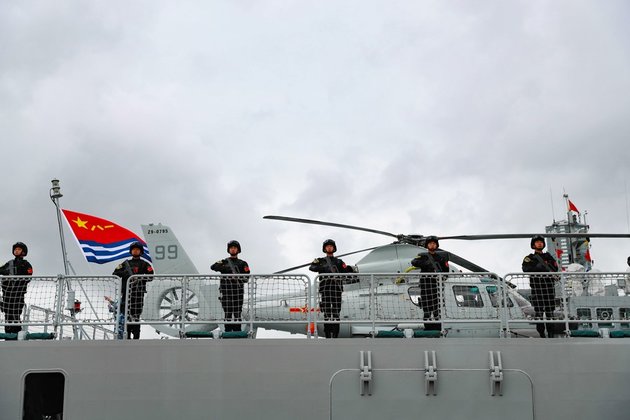