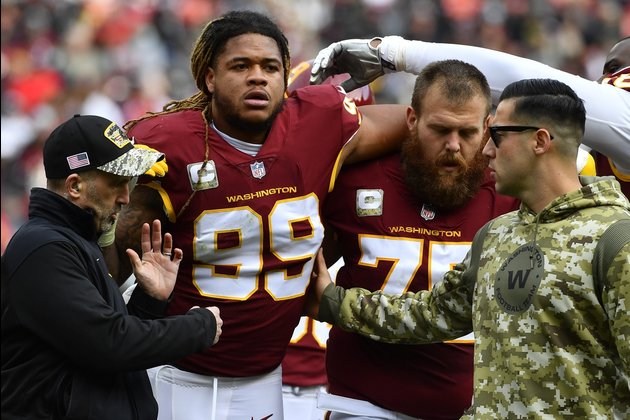 The initial fear is that Young tore his ACL, which would end his season, according to Ian Rapoport of the NFL Network. The team will know more after Young undergoes a battery of tests.

Young’s knee appeared to buckle as he was rushing Buccaneers quarterback Tom Brady midway into the second quarter.

Young dismissed a cart and elected to limp off the field with the help of teammate Brandon Scherff and trainers.

Young, 22, entered Sunday’s game with 25 tackles, two forced fumbles and 1 1/2 sacks this season. He was selected by Washington with the second overall pick of the 2020 NFL Draft.