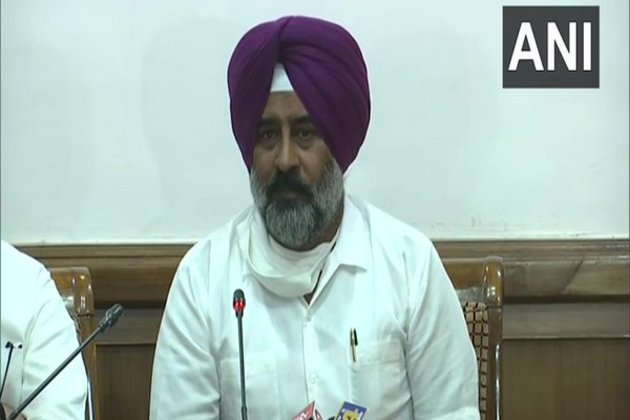 “The sporting life of the legendary first Arjuna Awardee athlete Gurbachan Singh Randhawa who made the country shine like a star in the international athletics arena would forever be a beacon of inspiration for the other Indian players till eternity,” said the Minister during the launch.

In his address on the occasion, the sports minister said that “The very fact that Gurbachan Singh Randhawa made it to the finals of the Olympics, was adjudged Best Athlete at the Asian Games and achieved four national records within two days, speaking volumes about the In order to change the misnomer it has been decided to write a series of biographies of our great sporting icons of yore and the beginning has been made from Gurbachan Singh Randhawa.”It is noteworthy that Gurbachan Singh Randhawa was the flag bearer of the Indian contingent at the 1964 Tokyo Olympics where he bagged 5th position in the 110 Meter Hurdles event. He won Gold Medal in 1962 Jakarta Asiad in Decathlon besides the title of Best Athlete. He was bestowed Arjuna Award in 1961 and the Padma Shri Award in 2005. Superannuating as Commandant from CRPF, Gurbachan Singh Randhawa was awarded Rashtrapati Puraskar for meritorious services in police apart from an honorary PhD degree as the Sports Advisor of the Punjabi University, Patiala.

Randhawa was born on June 6, 1939 in village Nangli in Amritsar district in the house of S. Tehal Singh and Mata Dhanwant Kaur. His father, brother, Harbhajan Singh and son, Ranjit Singh Randhawa have earned name and fame in the field of sports. His better half Jaswinder Kaur has also remained a national level athlete in discus throw with his in-laws at Rurka Kalan also having proven dedication to sports.

In his speech, Rajdeep Singh Gill praised Gurbachan Singh Randhawa as the ‘most naturally gifted, talented and complete athlete of India’. He further said that the Indian athletes derived their inspiration of conquering milestones at the world level from Randhawa, who taught them how to perform upto their optimum standard at the Olympics and raise the bar every time.

Eulogizing the legend, Prof. Gurbhajan Singh Gill said that Gurbachan Singh Randhawa illuminated and dazzled the Indian sporting scene and bestrode the athletics like a colossus who left indelible footprints on the sands of time coming from a non-descript village Nangli and caused a sensation at the 1964 Tokyo Olympics.

“This book, a wonderful piece of literature, is not just a chronicle of his sporting achievements but an important document of the nation’s sports history. The past acts as the foundation on which the robust edifice of the permanent emerges and the lessons learned as well as implemented from the present serve well for the future.

International shooter Gurbir Singh Sandhu said that Gurbachan Singh Randhawa is the only complete athlete in the history of the sport who can be called a ‘Decathlete’ in the actual sense. He further added that Gurbachan Singh was gifted with a great and had a well-toned physique which made him an absolute delight to watch on the track.

Prof. Ravinder Bhatthal said that the sporting life of Gurbachan Singh Randhawa is a perfect example of the laurels earned by the Punjabis. “Navdeep was a college student and aspired to be a player but he has rendered yeoman’s service to the sporting world by donning the role of a sportswriter,” he added.

Making a strong case for preserving the glorious sporting history of Punjab for the sake of posterity, the author of the volume, Navdeep Singh Gill mentioned that apart from being such a great player and the Brand Ambassador of sports, Gurbachan Singh Randhawa can very well be dubbed as the ‘Encyclopedia’ of sports especially the athletics about whom not only every Punjabi but every Indian feels immensely proud.

Harish Jain said that the Lokgeet Prakashan would also publish biographies of more such players. The book has been brought out by the Unistar Books (Lokgeet Prakashan). It contains 296 pages with detailed mention of the village, family, childhood and sporting career of Gurbachan Singh Randhawa besides his exceptionally rendered service in CRPF, as a coach, administrator, advisor, selector and chief of Doping Panel. It also includes amazing anecdotes about his life apart from comprehensive details of his contemporary players. The highlight which carries the day includes the pictorial journey of Gurbachan Singh Randhawa’s life right from childhood till now. (ANI)