While sporting a young cast of swimmers with exactly one senior on the squad, Sedona Red Rock High School still managed to make its mark on the 2021 Arizona Interscholastic Association Division 3 State Championships on Saturday at Phoenix Country Day High School.

While the Sedona Girls placed in 9th of 24 teams, and the boys in 13th, it was the individual performances that made it clear that Sedona Red Rock has one of the premier swimming programs in Arizona.

Been there, done that

Junior Carlos Lattanzi is used to this feeling. His wins are countless in his swimming career, whether it is for the Scorpions or his club teams.

But just because he’s used to it doesn’t mean the feeling is getting old.

“It is so much fun each and every time,” he said. “Because you never know what’s going to happen. Like you might think you’re going to win, and I came into this meet with a lot of confidence and yeah, I got pushed in the [200-yard freestyle] and I came in second. The guy that beat me, he was just the nicest guy in the world … When we were on the podium he goes ‘I want to just say thank you for pushing me,’ and that means a lot.”

Lattanzi is “that guy.” When the competitors line up on the diving pads he’s the one to beat. And it doesn’t happen often. So when he finished second in the Division 3 200-freestyle finals, it was a shock, even to the swimmer, Chance Warriner of American Leadership Academy, that beat him.

Lattanzi posted a time of one minute and 43 seconds in the race, about half a second behind Warriner.

But fret not, Lattanzi still got his gold. He dominated the boys 500-freestyle with a mark of 4:36, 14 seconds ahead of the second-place finisher.

“That race [500-freestyle] I was looking forward to,” Lattanzi said. “I was a little nervous for that race because I wanted to get the best time, which I did. Going into the race I was just like, okay, this is 20 laps and this is just sprinting as fast as I can possibly go … And then I was in the last 100, and I thought okay this is the last 100 of the high school season, let’s go.”

Lattanzi set school records in both events, acknowledging that he now has bragging rights over his good friend Andrew Tate, who owned the record in the 200-freestyle before Saturday.

Even Lattanzi’s teammates, great swimmers in their own rights, recognize that they’re watching something special when Lattanzi dives into the pool.

“Honestly it’s inspiring [to watch Lattanzi],” said sophomore Bryce Kirik. “He’s so committed to everything and it makes me want to be so committed to everything… Him and I have been going at it for so long, for a while I was catching up to him, but then he just shot up and got way faster than me, and I’m fine with that … He could definitely make it to the Olympics if he really pushes himself. He’s fast, but it’s not just the fact that he’s fast. It’s the presence that he has on the team … He doesn’t just stay positive, he tells you how you can [reach your goals].”

Lattanzi finished up his junior season with a state title in the 500-freestyle, but seeks out higher ambitions for his senior year. To achieve his goal of swimming at a Division I NCAA school, he feels like he needs to aim higher and reach All-American times next season.

A promising future ahead

Two sophomores crashed the party at the state meet and managed to earn medals for the Scorpions: Sarina McCullough, who earned second in the girls 100-butterfly and set a new school record, and Bryce Kirk, who took third in the boys 100-butterfly . Junior Renae Porteous also put on an impressive showing, taking fifth in the 50-freestyle with a time of 25.29.

“It honestly was an amazing feeling,” McCullough said. “It’s crazy actually being up there getting the second-place medal and just working all season for it, it just made it so worth it.”

McCullough’s time of 58.81 made her one of just two competitors to swim under 1 minute in the event. She set the new school record in the process, which was surreal for her.

“It’s honestly so cool,” she said. “I had no idea. I was so close to the record. When I heard about it I was like, shocked. Having my name up there, that’s just amazing. I love that so much.”

Lattanzi acknowledges the climb McCullough has made throughout the season. In her first year as a high school swimmer, she’s made quite the impression on one of the best boys swimmers in Arizona.

“I’m very proud of her,” Lattanzi said. “She has improved by a lot this year… I think she is very capable of winning next year.”

Kirk, on the other hand, had an unusual path to his bronze medal. When he touched the pads at the end of his 100-butterfly, the time board flashed that he had gotten sixth place. Disappointed, he swam to the other end of the pool, and heard over the loud speakers than he had actually took third.

“It was so confusing because I looked at the podium and there was this other guy standing on the third place marker with the third place medal hanging around his neck,” Kirk said. “I was like ‘what’s going on.’ … The part that was upsetting was they had to take the medal away from the guy and give it to me, it was a bit tough… It got depressing and then it got happy.”

The sadness of taking the medal away quickly became joy. As just a sophomore, Kirk made his name known at the state level.

“I’m really happy about it,” he said. “I really wanted to go that time. I wanted to see that improvement. I think by next year I should have that school record by one or two seconds.”

While watching Lattanzi win state in the 500-freestyle, McCullough and Kirk had a conversation. They’d seen Lattanzi be “that guy” all year. He had a target on his back in each meet as the other swimmers knew he was the man to beat. With their placings in the state championships, Kirk and McCullough had a realization: if they keep doing what they’re doing, that seemingly unattainable goal could become possible.

“There’s always this one guy or one girl that’s significantly ahead of everybody else,” Kirk said. “[McCullough] and I, we were like ‘we’re going to be those people next year.’” 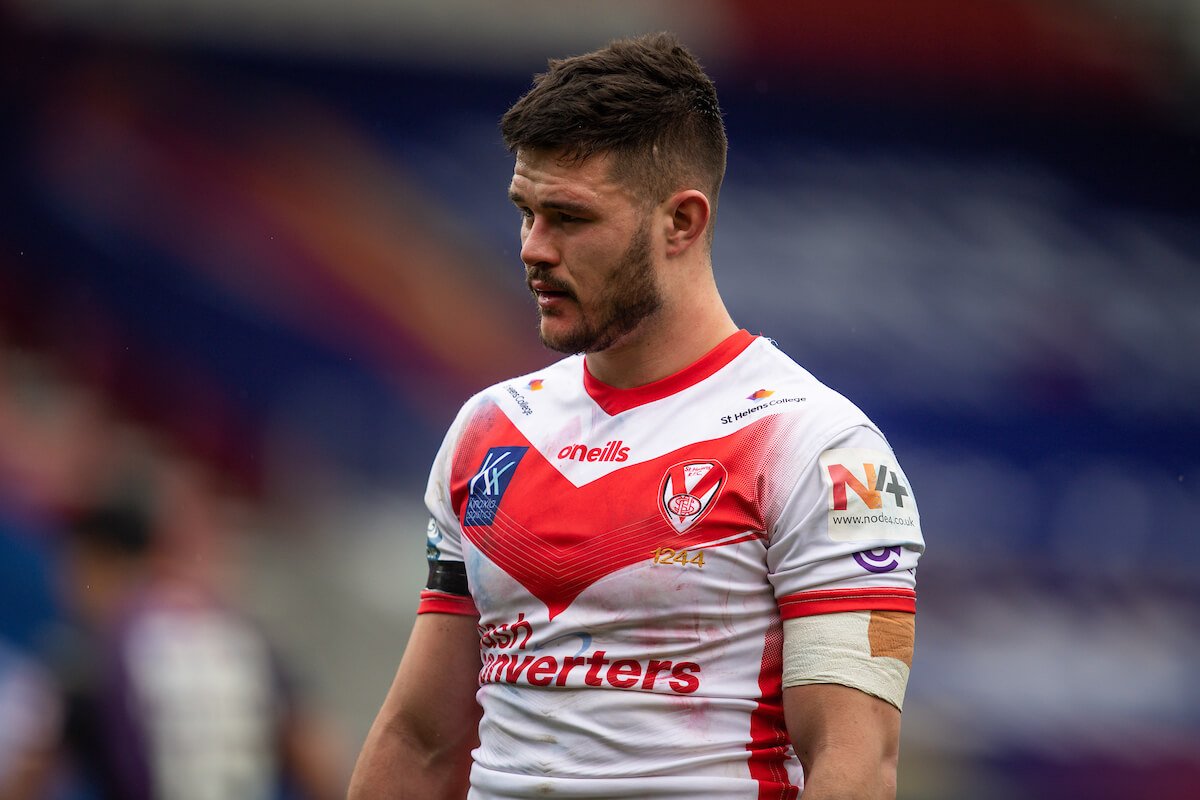