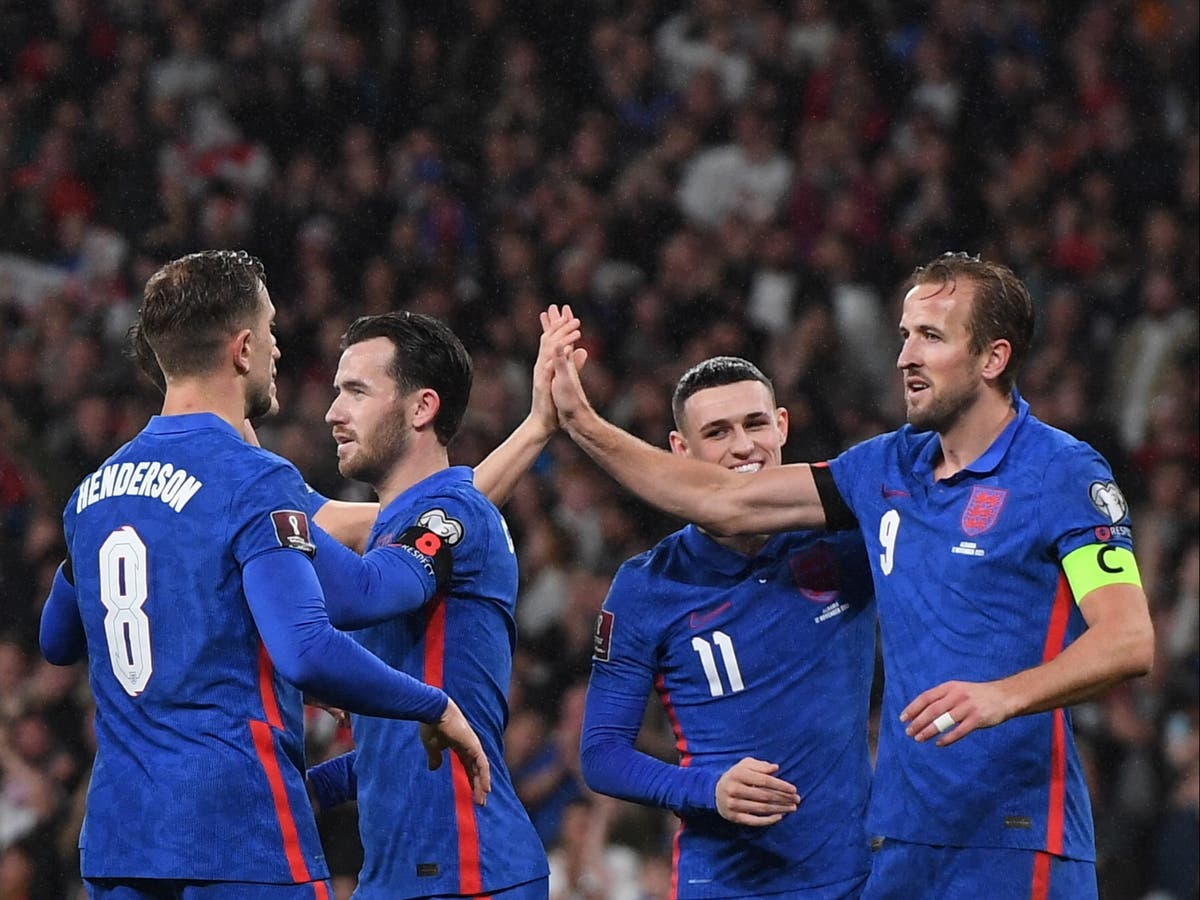 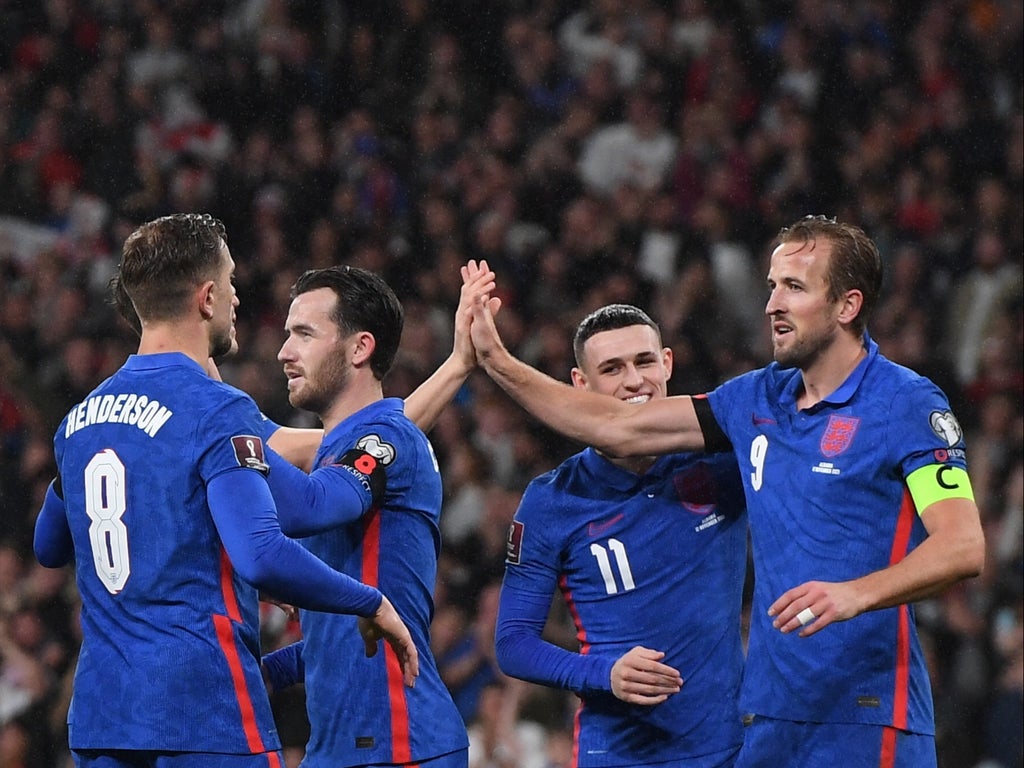 England moved to within one point of qualification for the 2022 World Cup in Qatar by dismantling Albania 5-0 at Wembley on Friday night.

Within 10 minutes of kick-off, Gareth Southgate’s side had broken the deadlock as Harry Maguire headed home a Reece James free-kick with ease – his celebration drawing the ire of Roy Keane in the ITV studio. Just shy of 10 minutes later, Harry Kane doubled the Three Lions’ lead by netting his own header, courtesy of a chipped assist from Jordan Henderson, who soon made it 3-0 with a tidy close-range finish. Kane would round out a perfect hat-trick before the half-time whistle sounded, first blasting a powerful strike across goal from a tight angle, then scoring a deflected bicycle kick from a corner on the cusp of the break.

England could not find the net again once the action resumed at Wembley, but Southgate took the opportunity to get Jack Grealish, Tammy Abraham, Trent Alexander-Arnold and Jude Bellingham on the pitch from the bench, as well as debuting Arsenal youngster Emile Smith Rowe . The win kept Southgate’s team atop Group I of the European qualifying pools, their 23 fewer one than what is required to ensure England a place at next winter’s world championship in Qatar.

Harry Kane’s hat-trick against Albania on Friday took him level with Jimmy Greaves on 44 England goals and into a share of fourth place on the Three Lions’ all-time list.

The Tottenham striker has scored two goals every three games across his 66 caps as he continues to chase Wayne Rooney’s all-time record of 53 for the men’s national team.

After a fantastic performance against Albania, England will seal an automatic qualification spot for the World Cup if they take at least a point in their final fixture away to San Marino on Monday, in what is a formality against the lowest-ranked European nation.

Here are how the players rated on an exceptional night at Wembley:

England are just one step from reaching the World Cup finals at Qatar 2022 after demolishing Albania 5-0 at Wembley on Friday night.

Harry Maguire headed in the opener, before Harry Kane nodded in a close-range second – his first of three in the opening 45 minutes.

Jordan Henderson’s quick feet and neat finish made it three before the half-hour mark, before Kane rattled in two more before the break: a smart finish after beating a defender in the channel and then an acrobatic and slightly deflected strike off a corner.

Here’s what we learned from England’s victory over Albania:

England have scored 41 goals in 2021, their most ever in a calendar year, overtaking their previous most of 39 in 1908. They stand on the verge of qualifying for the World Cup for demolishing Albania at Wembley tonight.

90+2 mins: The damage was all done in the first half. Goals for Harry Maguire and Jordan Henderson kicked England into gear but it was a hat-trick from the England captain, Harry Kane, that will take the headlines.

A potentially tricky affair turned out to be a walk in the park for Gareth Southgate’s men who now need just one point from their match against San Marino on Monday night to qualify for the World Cup next year.

89 mins: Bellingham dribbles into the penalty area and sets Alexander-Arnold up for a shot from just inside the box, over to the right side. He drills a low effort first time but it gets blocked and the ball is cleared.

86 mins: The corner comes to nothing for England who seem content enough to run down the clock and collect their three points. Albania have had five shots this evening with four on target. Most have come from outside the area and Pickford has been up to the task of keeping them out. He’ll want to notch up another clean sheet to top off this performance from England.

83 mins: Pickford throws the ball out to Walker driving up the right wing. His pass comes up to Abraham who makes a nice spin off the shoulder before laying the ball off to Smith Rowe darting inside. He passes it out to Grealish who dribbles into the box, shifts onto his left foot and wins a corner as he effort is deflected behind.

80 mins: Smith Rowe has taken up position on the right side and is given the ball. He drives inside and shrugs off a challenge as he takes the ball towards the box. Abraham is in front of him but Smith Rowe is tackled from the side. He goes down wanting a free kick but the referee lets play go on.

78 mins: A couple more substitutions for England. Trent Alexander-Arnold gets a run out as he replaces Reece James and Raheem Sterling is taken off to reward Emile Smith Rowe with his England debut. A big grin is plastered over the 21-year-old’s face as he comes jogs onto the pitch.