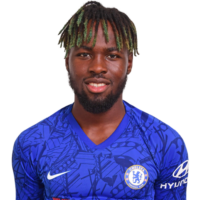 The young player refused to renew his contract with Chelsea, so the Blues surrendered to the fait accompli and the player would go to Southampton.

Southampton ended the agreement with the player to join the team for free, and the player would end his career with the Blues.