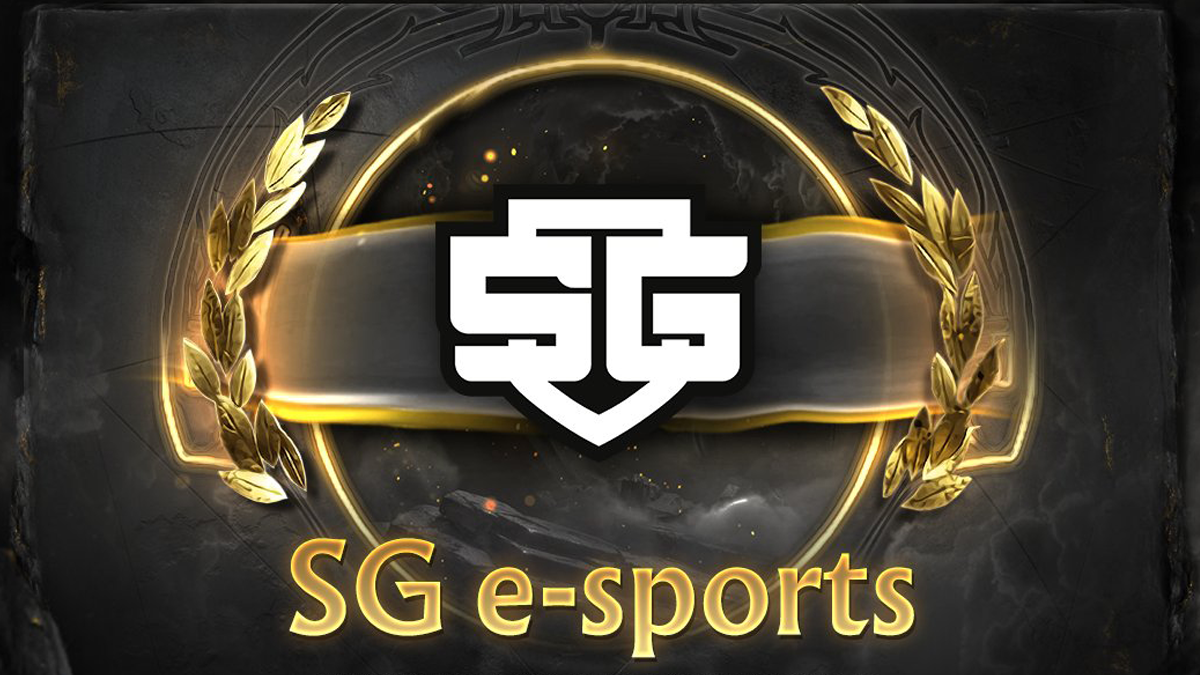 GosuGamers caught up with the SG Esports Dota 2 roster to talk about their TI10 qualification and the SA Dota 2 scene.

SG Esports was one of the first Dota 2 organizations from South America to make a splash on the Dota 2 scene. After a few months in the dark where the organization didn’t make much news, they managed to score a surprise qualifier for TI10 through the South American qualifications.

GosuGamers joined them to talk about their qualification journey, the loss of a close friend and veteran of the SA Dota 2 scene, and the growth of the SA region in Dota 2, among other things.

The interview was done with the entire SG Esports roster, which includes:

How are you guys, how are things in Brazil right now?

Hello! We feel pretty good after how the last few days have passed. Things are not bad in Brazil, but the pandemic has confined us to our gambling house. But we see it as an opportunity to practice for TI10.

Congratulations on making it to TI10. How are the emotions in all the players on the team, the reality is that you will travel to a $ 40 million tournament?

Thank you! We are all extremely happy and it is like a dream come true! Every player was desperate to qualify for The International and our instincts tell us it’s going to be an incredible event. It is truly amazing that we are going to a tournament that has a prize pool of $ 40 million.

SG Esports finished third in the first DPC season. You made a roster change and finished in 6th place. What went wrong in the DPC seasons?

To improve as a team, it took a lot of changes. First of all, we were pretty confident in the first DPC season, but we ended up not performing to our potential in league matches. After the change of roster, which brought Tavo to Danylo “Kingrd” Nascimento, the main problem was taking time to adopt a new style of play, which we did not achieve for the second season of the DPC Leagues. But when the TI10 qualification came, all team members were on the same page and had the same mindset.

In view of the TI10 qualifiers, what was the communication between the team? You clearly weren’t NoPing Esports’ favorite.

We entered the qualifiers as the underdogs. Teams like Infinity and Unknown performed far better than many would have expected. Even though we knew they were good teams, their performance surprised us. After Infinity defeated NoPing Esports [who were the favorites], our mentality has totally changed and the main thought that persisted in everyone’s mind was: “Just play. Winning will be a consequence ».

Did the team expect this, or did you guys get a little surprised too ?!

We don’t want to sound pretentious, the expectations of yourself are needed to make it happen. The biggest surprise was the team that made it to the grand final – Team Unknown. Overall, we were a little surprised at the way the qualifiers went.

What was the key factor that distinguished your team in the qualifiers? Was it just experience?

Experience was certainly one of the key factors, but our preparation was really good. We had a program where all the players and staff participated and everyone had the same idea about our strategies and how we should play. A lot of little things had to be done right to get SG Esports to the finish line.

We come to a somewhat serious and sad subject. An SA Dota 2 veteran and a player most of the SG Esports roster have played with in the past, Anderson. “444“Santos died from Covid. How did it affect the players? What did that mean to you guys?

It was a really sad time for everyone in the Brazilian esports scene. For Thiolicor, ChiNa and 4DR who worked with him, it was not easy to face reality. But we stepped forward and made 444 our sixth player. Also, we intend to pay him a nice tribute to the TI10.

How crazy is it that the last game ends at 44:44? It is as if he looks down on you and blesses you. I am sure that wherever he is, he would be happy to see that for the first time there are three SA teams at The International! Do you think this is the break the region needs to show how strong it is?

We were also surprised by the weather and are really grateful that it blessed us in TI10 qualifying.

As for the theme of the three SA teams at TI10, this shows that the SA region is growing a lot. There are a lot of players in SA fighting day in and day out without any support, and having three teams will be a good way to show the region’s potential. The next hope is to see the region develop more in terms of tournament organization and sponsorship.

Guys, you have been a part of SA Dota 2 for a long time. How do you think the region has developed over the last 3-4 years?

Dota 2 players from South America have improved a lot in recent years. A lot of mixed teams have emerged recently [teams with players from multiple South American countries], which can only be positive for the future of the region.

Do you or other teams in the region look to one of the dominant regions like China or the EU for suggestions for improvement, or is it more about creating your own style of play?

For sure, we look at a lot of European and Chinese teams, especially PSG.LGD, because they are the strongest team at the moment. But like you said, this is used to fit our style of play, so watching the big teams is mostly to study and understand the meta in the other regions.

What improvements would you make to the DPC Championships or DPC Majors, if any, for next year?

The prize pool of DPC leagues could be higher. It is difficult to think of a way to improve the system because everyone has a different opinion about it. It would also be nice to see that the DPC Majors have the same format as before.

What’s the plan for the team, heading towards TI10? Are you on a break or have your workouts already started?

Our practice has already begun. We took a few days off after TI10 qualifiers to relax a bit, but everyone was still playing and watching Dota 2 during that time. The plan now is to find a bootcamp spot in Europe, but there are concerns about the plan due to the pandemic. For now, we will continue to fight against the NA and SA teams and revisit the EU bootcamp plan afterwards based on how things stand.

Are you okay with patch 7.29 or would you like to see a new patch before the TI10? Should Dawnbreaker be included in the Captains mode for the tournament?

Including a new hero before The International will be a big mistake. Valve will have to balance the hero and that takes time, so it probably won’t be the best move. But it would be nice to see some map changes along with nerves and buffs for some heroes.

What do players like to do when they are not playing Dota 2?

Thanks to all our fans around the world, to SG Esports, to our families and to our friends who have supported us in all the difficult times. We will do our best in TI10 and try to put Brazil on the Dota 2 global map!