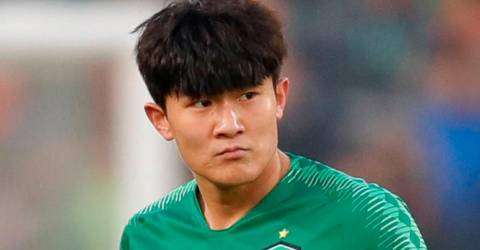 Kim had been included in the lineup of manager Kim Hak-bum as one of three allowed excess members, but clubs are not obligated to allow players to join their Olympic teams as the tournament does not take place during an official FIFA window.

The Korean Football Association has announced that the 24-year-old center-back has been replaced by Park Ji-soo, who currently plays for South Korean army club Gimcheon Sangmu.

The Koreans, one of only two Asian nations to have won a medal in the men’s Olympic tournament, have been drawn into Group B of the 16-team competition alongside New Zealand, Honduras and Romania, with matches starting on July 22. -REUTERS