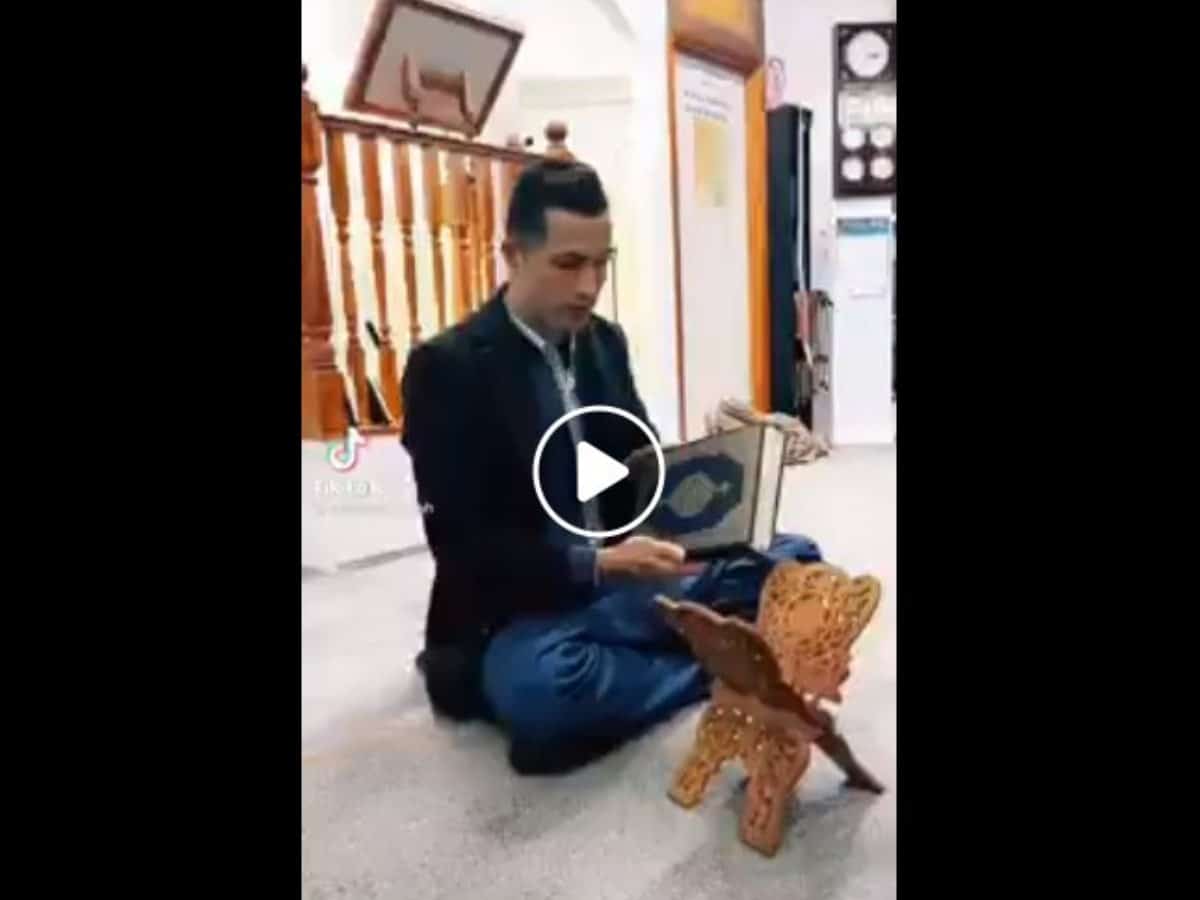 New Delhi: A video is making the rounds of social media with the claim that the man who is reciting the Quran in a mosque is Cristiano Ronaldo, a Portuguese professional footballer. It looks like the video was initially shared on TikTok as the video has the video sharing app watermark.

Currently, the video is available on almost all social media sites including Facebook, YouTube, etc. The caption on most of the posts is “Cristiano Ronaldo reciting the Koran”

To find the truth, India Today Anti-Fake News War Room (AFWA) conducted a keyword search and found the claim to be false as the person in the video is Bewar Abdullah, a Ronaldo impersonator who had posted his own. video on TikTok. the Koran. Abdullah, of Iraqi origin, lives in England.

On December 31, 2020, a news website The Sun also reported a story about him after attracting the attention of many people due to his striking resemblance to Cristiano Ronaldo.

According to information available on his Facebook profile, he resides in Birmingham, UK. He is a construction worker.

While following Ronaldo’s hairstyle and dressing style, some people have tried using his Quran recitation video to spread rumors.

The fact check concludes that the man in the video who is reciting the Koran in the mosque is not Cristiano Ronaldo.

After the goal, Daei wrote: “Congratulations to @cristiano who is now one goal away from breaking the men’s international goal record” on Instagram.