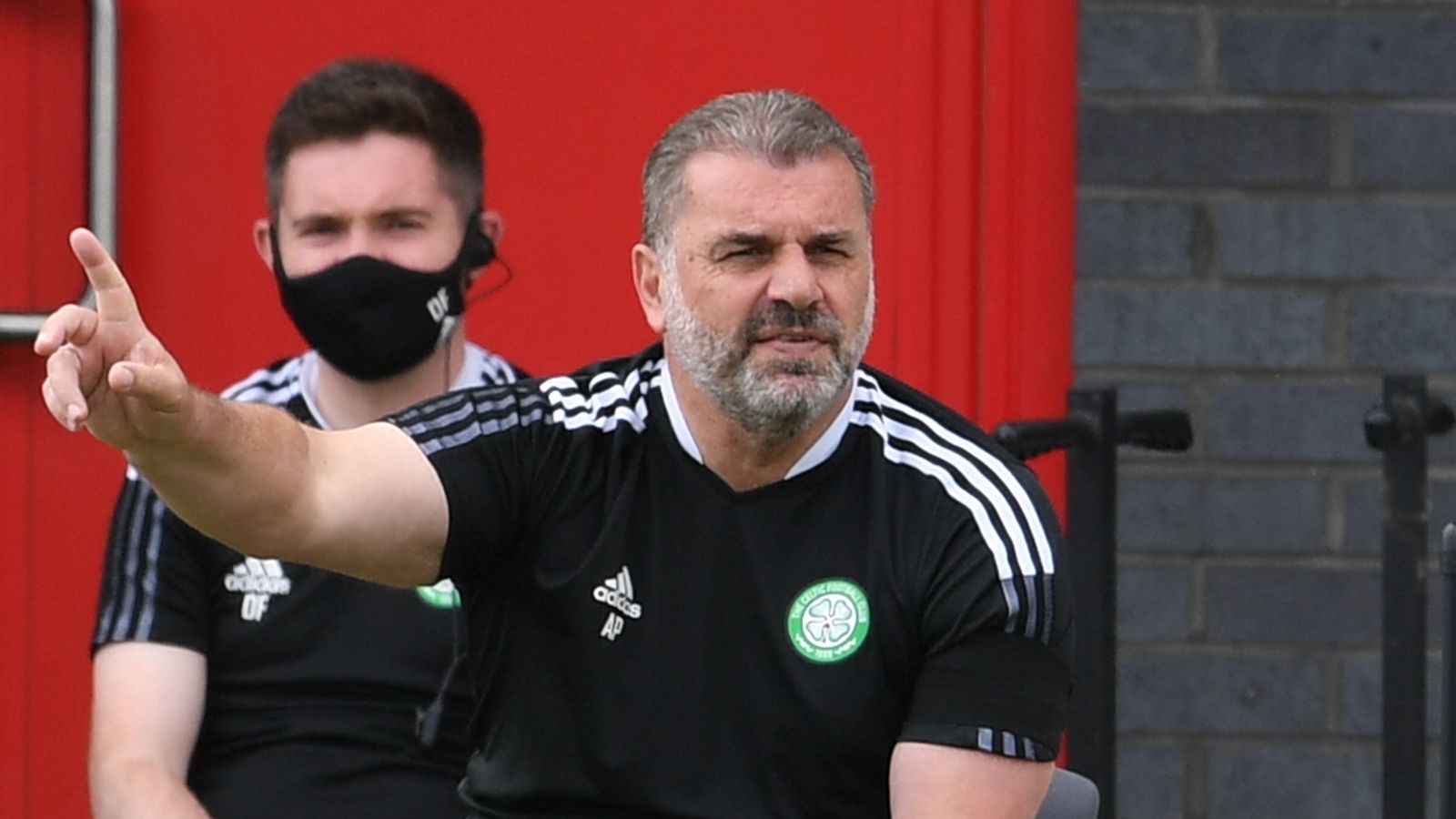 Ange Postecoglou is optimistic Celtic will announce some new signings “in the next few days” as they insisted it was not their responsibility to convince the desired members of their squad to stay.

New signing Osaze Urhoghide made his debut on Saturday when Celtic won 2-1 against Charlton in the club’s second preseason friendly win in his retirement in Wales.

The future of Odsonne Edouard, who entered the second half in Newport, and Kristoffer Ajer, one year after the two’s contract at Celtic Park, are uncertain.

Speaking after the game, Postecoglou told reporters: “We are trying to get some players involved and hope to close some deals.

“We need some players because we have lost some since last year. It is not an easy process at the moment, but we are pushing hard and we hope to get some in the next few days.”

Postecoglou is building its new team towards the first leg of the second qualifying round of the Champions League against Midtjylland on 20 July.

Asked if Celtic had received offers for their players, Postecoglou said: “To be honest, I’m not as focused on exits as I am on entry. Entry is where my pure goal is at the moment. I can’t. controlling who is leaving., what I can control and what I can push for is to involve people “.

The Australian of Greek origin added: “I am focused on a couple of key areas: working on the players we have here and trying to bring them in.

“I guess it will depend on whether the players want to be a part of it or not. Some may have already decided, others will as they go along.

“I’m not here to plead our cause right now. That’s not my job. If people want to be a part of it, I’m happy to include them.”

Postecoglou insisted that bringing another forward is not a priority, despite Leigh Griffiths leaving training camp in the midst of an ongoing investigation by the Scottish police into alleged misconduct online.

“We need players in a number of positions, it’s not just one,” he said. “Even looking at who has passed since last season, purely on the numbers, we need players.”

One player who appears to have a chance to raise under Postecoglou at Celtic is midfielder Olivier Ntcham.

The French midfielder, who spent the second half of last season on loan at Marseille, saw a transfer proposal to AEK Athens fail and made his first preseason appearance against Charlton.

“I spoke to him and he said he wanted to come back and impress this year,” said the former Australia manager.

“I take it literally. He was good at training.

“He lacks a bit of tact and fitness, but he is part of the team and we hope he can have an impact this year.”