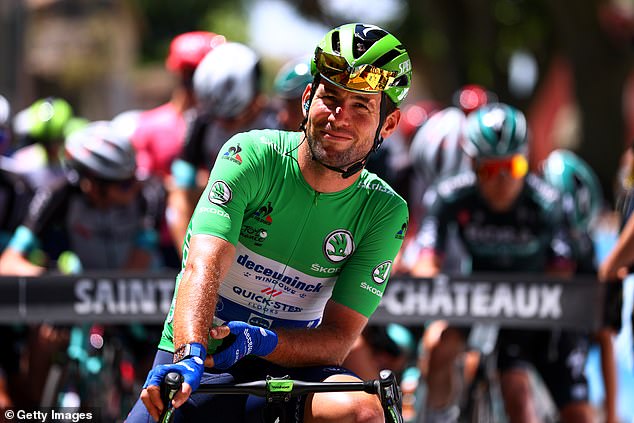 By the journalist of the Press Association

Mark Cavendish was forced to wait for his chance to equal Eddy Merckx’s record of 34 stage wins in the Tour de France as the breakaway had its day on Thursday.

Nils Politt took over after a frantic start in windy conditions allowed a powerful group of 13 men to escape, ending an early group finish at the end of 159km stage 12 in Nimes.

The breakaway began to shatter in the last 50km and the decisive move came when Politt overtook Harry Sweeny and Imanol Erviti with 12km to go, solo to the finish line for his first stage win on the Tour.

Cavendish, who jumped to 33 stage wins on Tuesday with his third race this year in Valence, took home the main group about 16 minutes later, increasing his green jersey lead by picking up the last three points, while Tadej Pogacar kept yellow.

With the gusts of the mistral, the organizers delayed the start in anticipation of a high pace, and the attacks flew to the start.

But once the group that included characters like Politt, Julian Alaphilippe, Edwald Boasson Hagen, Brent Van Moer, and Stefan Beissegger started building a significant lead, the group sat down and let them go. 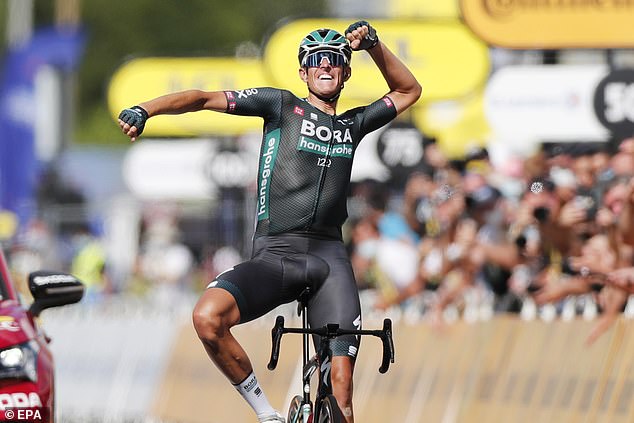 Pogacar continues to lead the overall standings by five minutes and 18 seconds over Rigoberto Uran, with Jonas Vingegaard third with a further 14 seconds.

Politt’s victory will have cheered his Bora-Hansgrohe team after three-time former world champion Peter Sagan was forced to retire from the race before the start of the stage due to a knee injury.

“Winning a stage of the Tour de France is a dream,” said Politt. ‘Today at the start we heard that Peter had to leave the race with knee problems, so we changed tactics.