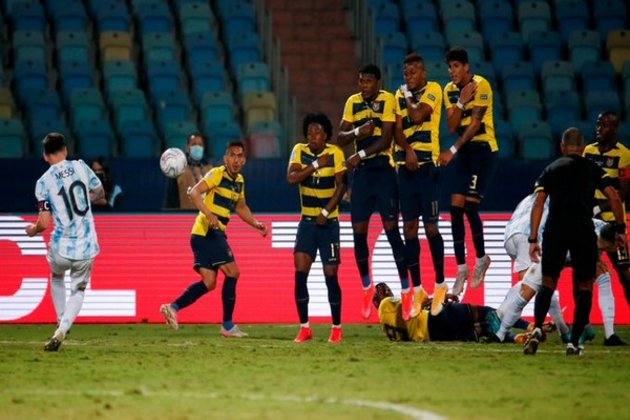 Argentina defeated Ecuador 3-0 in the Copa America quarter-finals and the team will now meet Colombia in the semi-finals on Wednesday.

The first goal of the match came in the 40th minute when De Paul scored the ball at the post, giving Argentina a 1-0 lead.

The next two goals came in the second half. First, Martinez scored in the 84th minute and in the final minutes of the match, Messi scored a goal to deliver Argentina a 3-0 win.

Throughout the game, Argentina have made eight shots on goal while Ecuador have only made two.

On Saturday, Colombia defeated Uruguay 4-2 on penalties to qualify for the semi-finals.

The normal 90-minute action between the two teams ended at 0-0 and, as a result, the match had to go to penalties to decide the winner. (ANI)