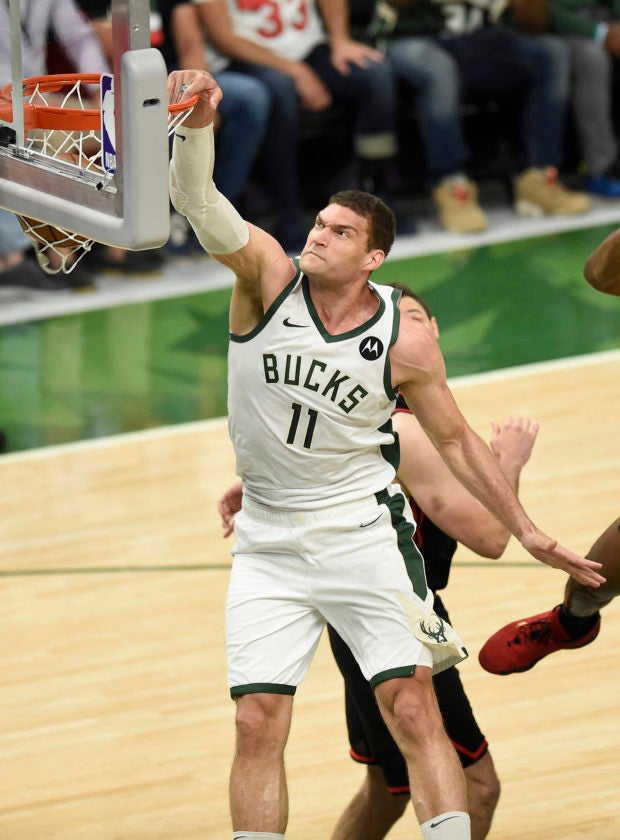 Milwaukee Bucks’ Brook Lopez dunked against the Atlanta Hawks during the first quarter of the fifth game of the Eastern Conference Finals at the Fiserv Forum on July 1, 2021 in Milwaukee, Wisconsin. (Getty Images via AFP)

LOS ANGELES – The Milwaukee Bucks proved to be more than a one man show, using a balanced attack on Thursday to beat the Atlanta Hawks 123-112 in Game Five of the Eastern Conference Finals.

Brook Lopez scored 33 points, Jrue Holiday 25 points and 13 assists and Khris Middleton finished with 26 points and 13 rebounds for the Bucks, who have taken a 3-2 lead in the series and are one win from reaching the NBA Finals. for the first time since 1974.

Milwaukee won despite playing without two-time NBA Most Valuable Player Giannis Antetokounmpo, who is out with a knee injury. Antetokounmpo watched the game from the sidelines, standing with his teammates for most of the game.

In his absence, four Bucks holders scored more than 20 points.

“We went out tonight and did our best to dominate on both ends of the pitch,” Lopez said. “We did a great job playing together. When everyone scores and everyone does their thing it’s hard for their defense ”. 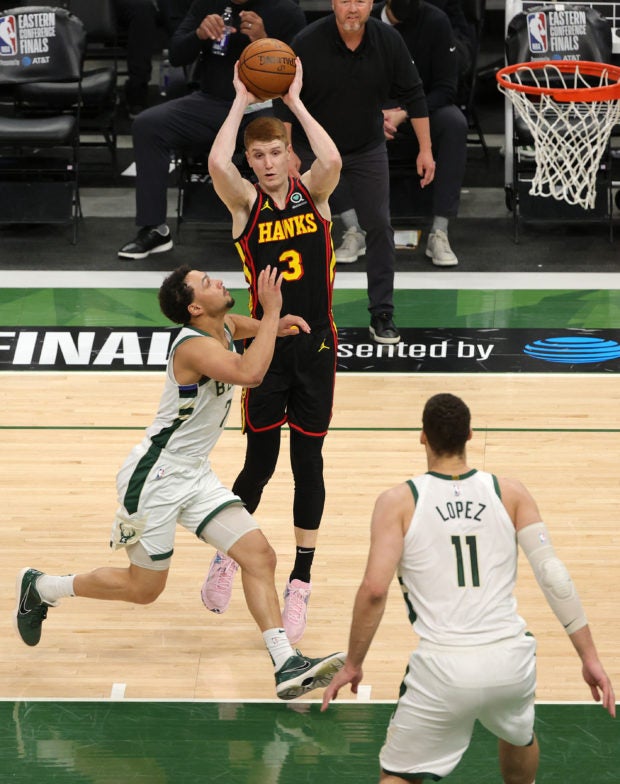 Kevin Huerter of the Atlanta Hawks is defended by Bryn Forbes of the Milwaukee Bucks during the second half of Game 5 of the Eastern Conference Finals at the Fiserv Forum on July 1, 2021 in Milwaukee, Wisconsin. (Getty Images via AFP)

The best-of-seven series now returns to Atlanta for their sixth game on Saturday. The winner of the series will face the Phoenix Suns, who eliminated the Los Angeles Clippers on Wednesday to reach the final for the first time in 28 years.

Roles and reserves were forced to rise to prominence on Thursday as both clubs lacked their top scorers.

Antetokounmpo injured his knee in the defeat in Game Four, and Hawks star Trae Young missed his second straight game after sustaining a bone bruise in his right foot in Game Three. 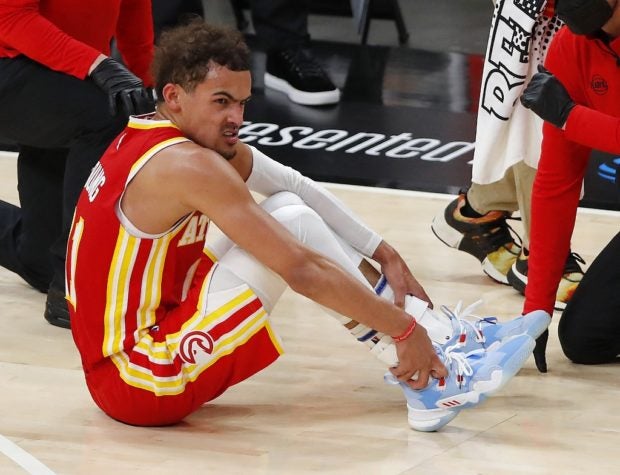 Trae Young of the Atlanta Hawks holds his ankle after injury during the second half of the Eastern Conference Finals third game against the Milwaukee Bucks at the State Farm Arena on June 27, 2021 in Atlanta, Georgia. (Getty Images via AFP)

Bogdan Bogdanovic set a record 28 points for the Hawks in the away defeat. 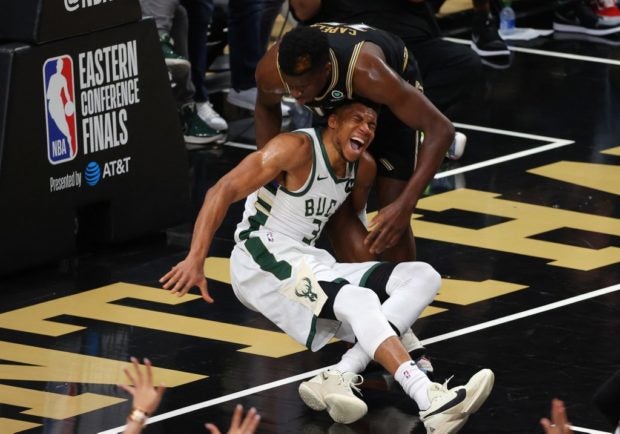 Giannis Antetokounmpo of the Milwaukee Bucks was injured against Clint Capela of the Atlanta Hawks during the second half of game four of the Eastern Conference Finals at the State Farm Arena on June 29, 2021 in Atlanta, Georgia. (Getty Images via AFP)

Milwaukee improved to 7-1 at home in the playoffs. They were 6-5 without Antetokounmpo in the lineup during the regular season and 40-21 with him.