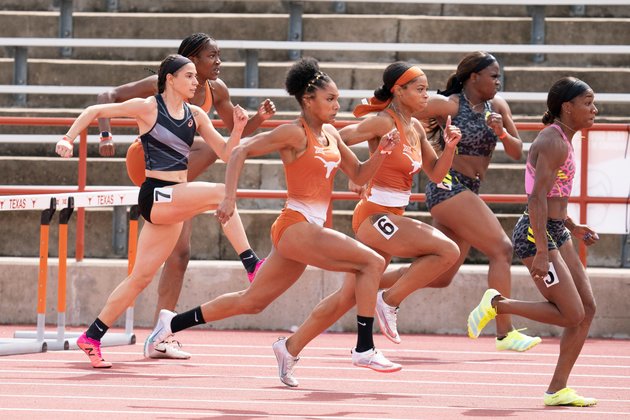 Although athletes broadly accepted the reason the Tokyo Olympic Games was postponed in 2020, it has not been an easy year. If many found the decision heartbreaking, it was in part because not all were certain they could take part this year.

Several have since retired. Japanese women’s volleyball player Risa Shinnabe, who was a bronze medallist in 2012, cited fears that she would not be able to maintain her condition as one of the reasons for doing so.

Maintaining physical condition, mental focus and motivation over the 15 months has been a huge challenge for athletes. For those who are competing in Tokyo, the recent announcement that arrivals from certain countries, including Great Britain, may be subject to a six-day quarantine has dealt another blow. This is an additional stress not only for the athletes but also for their support staff.

Tennis players competing in the 2021 Australian Open faced similar conditions. Some were able to train at limited times. Others were restricted to their hotel rooms for 14 days due to a positive COVID test on an incoming flight.

Social media was wash with tennis players coming up with innovative ways to practice using hotel furniture and room windows. The media might love these anecdotes, but these are circumstances that would have been unimaginable, pre-COVID. And in the days leading up to the Tokyo competitions, they will be less than optimal.

Following the postponement last year, training plans have no doubt been scrapped and rewritten, potentially multiple times. Ongoing uncertainty and the cancellation of pre-Games competitions has made planning difficult. The coaches of those athletes heading to Tokyo have had a difficult time ensuring that training programs would enable peak performance during the Olympics, which opens on July 23.

Some national teams may have envisaged organisers imposing some form of self-isolation and adapted travel plans accordingly. For many, though, this might not have been achievable given the tight time constraints on training and competition schedules.

Research conducted over the previous year has shown that being in quarantine for the general population has an impact on our mental health. People have suffered from depression, stress, anxiety and anger, especially those who are more vulnerable.

Elite athletes are not considered a vulnerable population group, but they have nonetheless been shown to experience mental health disorders and symptoms at a similar or higher rate than non-athletes. The continued uncertainty and a looming quarantine is likely to amplify already heightened anxiety levels.

This could result in greater fatigue, more difficulties in training and sleep disorders. As the games approach, athletes may have to rely more on psychological support than they might have previously. Such support, however, may not be available to all competing athletes.

Among elite athletes, inadequate sleep is a known problem. Research has found 50-78% suffering from sleep disturbance. Unfamiliar sleeping environments, long-haul travel, and training sessions and competitions scheduled early or late in the day, which the athletes may not be used to, does not help – nor does being confined to a hotel room for six days.

Typically, endurance and strength-based athletes reduce their training load in the days or weeks leading up to a competition. This strategy enables them to recover from the fatigue of training, while ensuring that they retain or enhance subsequent performance. The strategy, known as tapering, is highly individualized and is likely to be heavily affected by a period of quarantine. Unless of course athletes have access to exercise equipment, such as treadmills, gym bikes or weights, in their rooms.

For some sports, swimming or shooting, for example, athletes simply won’t be able to train in a hotel room. They can of course continue with conditioning, but not actual preparations. Stress levels may be exacerbated further knowing that close rivals, who do not face the same quarantine measures, may have full access to essential facilities.

Many athletes will have probably undertaken heat acclimation before arriving to train their bodies to cope with the hot and humid conditions of a Japanese summer. In July and August temperatures range from 28℃ – 31℃, with relative humidity exceeding 60%.

For heat acclimation to work, you need to do it as close to the competition event as possible, without it affecting your pre-travel and competition training and recovery. Athletes often also do final training sessions in the competition environment, which won’t be possible if you have to spend six days in an air-conditioned hotel room. They might, however, put their hotel room facilities to best use and have hot baths, post exercise instead, to induce a heat-related physiological response.

Ultimately, not being able to train for six days will not lead to so-called de-training effects: it typically takes two weeks or more for such losses on physical condition to be noticeable. A six-day quarantine could, however, hamper those final preparations that make the difference between winning a medal and going home empty handed. The margin between the two, at the Olympic level, is incredibly tight.