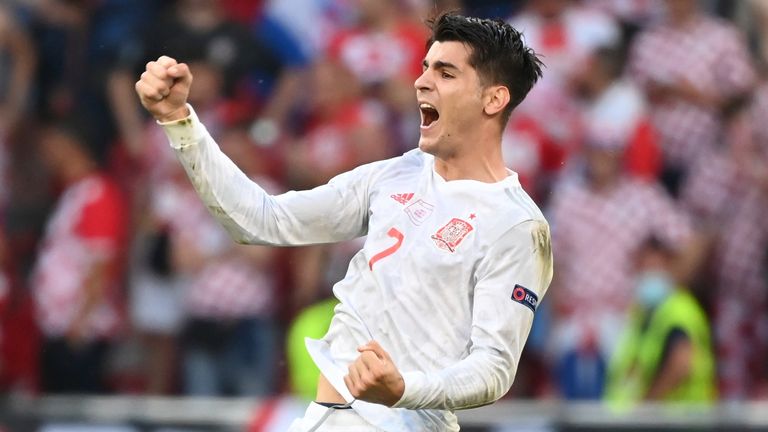 Both Switzerland and Spain played in epic last-16 fixtures and now face off in the Euro 2020 quarter-finals on Friday evening.

Switzerland stunned France on Monday night, knocking Les Bleus out on penalties, meaning Spain – who beat Croatia 5-3 in extra time – face the underdogs and not the world champions for a place in the semi-finals against either Belgium or Italy.

The two sides have recent history too. Spain edged a 1-0 win in their first Nations League meeting in Madrid in October and were then held 1-1 the following month in Basel.

Spain coach Luis Enrique insists there is no complacency in his camp going into the game in St Petersburg (kick-off 5pm BST), saying: “The reality is Switzerland have got through and nothing else matters.

“The good thing for us is that both teams know each other very well. We competed recently in the Nations League.

“They’re going to be a very tough team to face and I think for the spectator there might not be some big names, but they’re a great group of players.

“They’re a match for us in terms of the way they press, the way they attack, so it’s going to be very difficult for us.”

Enrique also dismissed the idea of ​​his players might be tired, adding: “No. It’s not going to affect us at all. If you look at the stats, we have some fantastic people in the backroom staff, and the stats are all impressive.

“I have full confidence in all 24 players. Physical issues are just as important as mental issues. If something’s not going right mentally, you’re perhaps not running so well. I think it’s more a mental issue than a physical one and physically we ‘re in great shape.’

Switzerland are galvanised and confident of reaching the semis, despite being underdogs against Spain, coach Vladimir Petkovic said.

The Swiss caused the shock of the tournament when they beat France in the shootout in Bucharest after fighting back from 3-1 down for a 3-3 draw.

“We have done very well to reach the quarter-finals but we are not content and we are hungry for more,” Petkovic told a news conference on Thursday.

“We know we are playing one of the tournament favorites but we won’t be overwhelmed after eliminating France. We want to go a step further and we’ll be mentally prepared for another massive challenge.”

Switzerland will miss suspended Granit Xhaka, who picked up his second yellow card of the tournament against France.

“Granit’s absence is a setback but I have an idea how we are going to deal with that. In any case, it means everyone else on the pitch has to give 10 percent more because Spain are a great team and they scored 10 goals in their last two games,” Petkovic said.

There are no new injury or suspension concerns for Spain.

Federer: I hope the best for Switzerland

Tennis legend Roger Federer says he hopes his country Switzerland can take it to the next level against Spain.

“I just thought they fought super well [against France]. With the situation of being up 1-0, missing the penalty, then everything changing within half an hour. It would have been so easy just to let go,” said Federer.

“I was really proud of the way they fought. It just shows in sports, in football in particular, when the team pulls together, really believes, that you can move mountains really.

“Now I hope the best for Switzerland. I hope we can replicate another match like this, not celebrate too hard, take it to the next level. That would be historic for us at a big event like this to go into the semis.”

After beating Germany, England are now favorites to go on and win Euro 2020. That was Jamie Carragher’s verdict when he joined the Sky Sports Football Euros Podcast to reflect on England’s historic win over their old rivals at Wembley. He explains why that win could propel Gareth Southgate’s side to new heights and also assesses the key performers in the squad and how the manager may shake things up again for the quarter-final with Ukraine.

In part two of the show, Peter smith is joined by Sky Sports football writer Charlotte Marsh and Sky Sports data editor Adam Smith to examine the three other quarter-finals and work out who will go through from the ties involving Switzerland vs Spain, Belgium vs Italy, and Czech Republic vs Denmark.