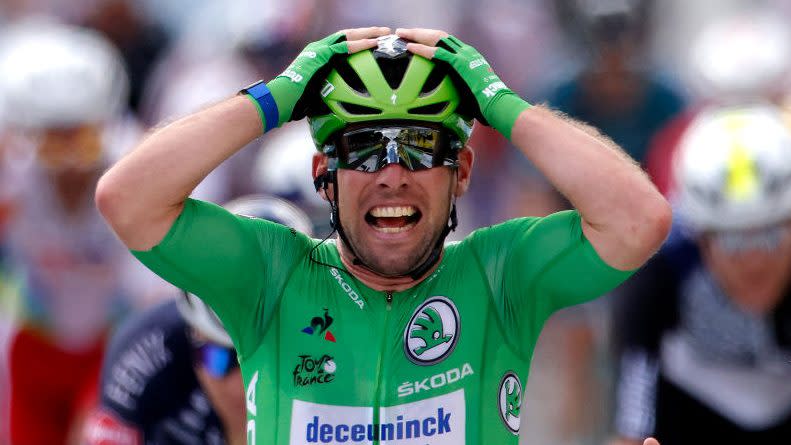 Cavendish, the best sprinter in the race history, is second on the all-time list for the most stage wins behind Belgian great Eddy Merckx on 34.

It was Cavendish’s second stage win this year after the 36-year-old veteran took Stage 4 on Tuesday.

Cavendish was led out in the final stretch by his Deceuninck-Quick Step teammates and edged Jasper Philipsen and Naser Bouhanni.

OlympicTalk is on Apple News. Favorite us!