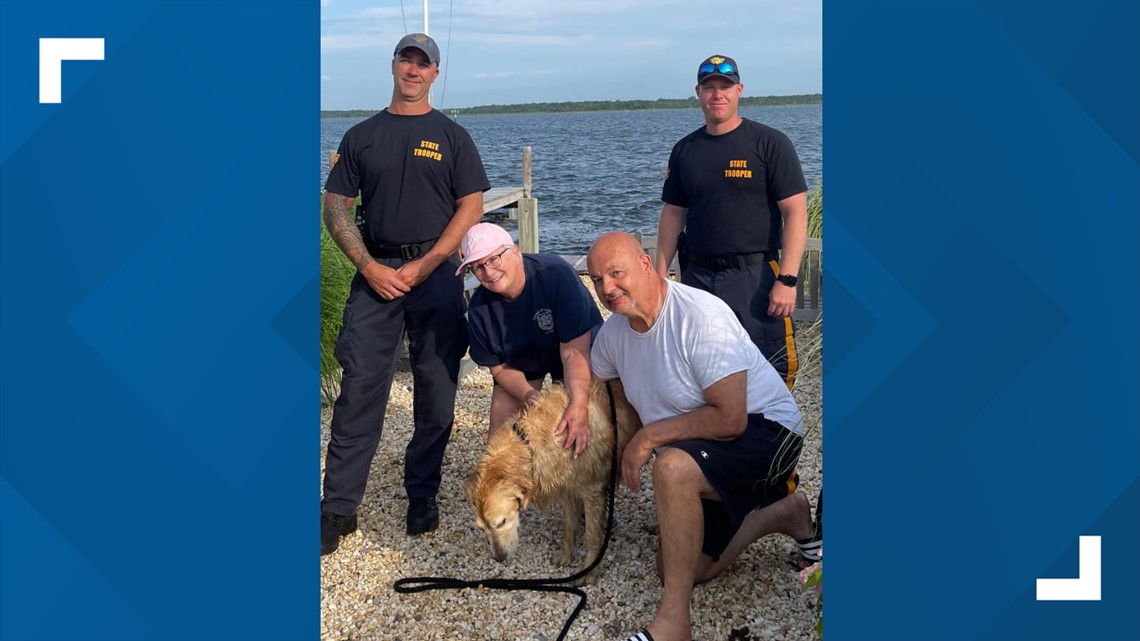 A two-week missing golden retriever was rescued from a New Jersey bay on Tuesday.

Chunk’s owner said he had matted fur and was covered in ticks, but otherwise he was healthy.