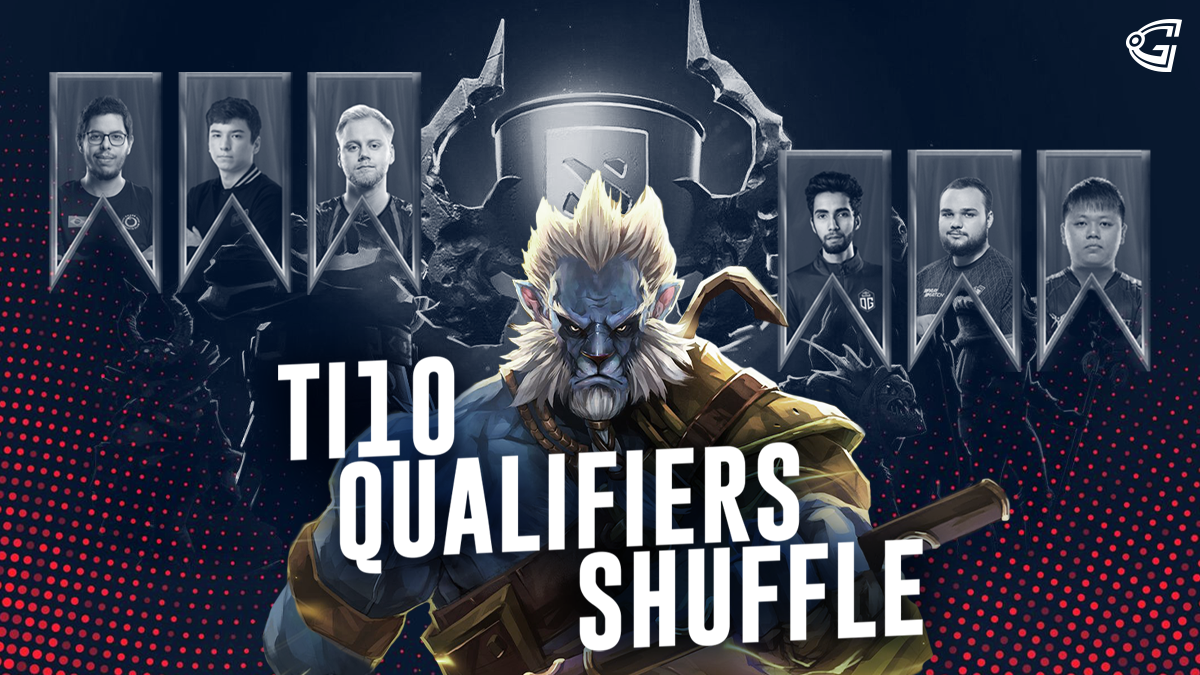 With WePlay AniMajor coming to a close last week, the 2021 Dota Pro Circuit is wrapped up and all that is left for this competitive year is the big and long awaited The International 10.

For many of the teams that didn’t have a good enough run through the regional leagues to secure a TI10 ticket via DPC points, there is still a chance at making it to the most important tournament of the year. That’s via closed regional qualifiers, where only those who played in the upper or lower divisions during Season 2 of the DPC leagues can compete.

However, for these teams to be eligible for a spot in the qualifiers, they need to make no more than two roster changes. Per Valve rules, the teams had time until June 15 to drop one to two players and they can register their complete roster until June 20.

With that in mind, several competitors in each of the six regions were quick on making some final adjustments.

For sure, the biggest roster change in Europe was made by OG, who right now are in danger of not being able to defend their back to back TI titles. Season 2 was meant to be their great comeback with Anathan “ana” Pham returning once again to the team. However, they finished only 6th in the league and in fact ana hasn’t even played their final match of the season, a tiebreaker for relegation.

Heading into the TI10 qualifiers, they called another friend.

SumaiL became available and free to go back to OG once Team Liquid exited the AniMajor in the group stage. He joined Team Liquid briefly mid second season when Samuel “Boxi” Svahn needed some time off from the game. However, with Liquid now having to make a final push through regional qualifiers, Boxi returned to his offlane role.

After promotion from the lower to the upper division in the first season of DPC leagues, HellBear Smashers’ run in the second season was abysmal. They relegated back to lower division with an overall 0-7 series score and heading into the TI10 qualifiers, they decided to make a change in the mid lane. Daniel “Stormstormer” Schoetzau was replaced mid June with Duško “BoraNija” Boranijaševic.

After a rollercoaster of a competitive year where they claimed a spot in Season1 upper division, got signed by an organization only to be dropped a couple of months later, the Chicken Fighters are living up to their name. They’ve been through a couple of big changes through the circuit and ahead of TI10 qualifiers they had to make a few more. Towards the end of Season 2 Rasmus Johan “Chessie” Blomdin stepped away from the roster and a young Jordanian player joined them in the offlane. At 15 years old, when he joined the team, Ammar “ATF” Assaf became the youngest player of the 2021 DPC season, however, his stint was short-lived. After season 2 was over, Chicken Fighters welcomed Petu “Peksu” Vaatainenin the position 5 support and swapped  Andreas Per “Xibbe” Ragnemalm to the offlane.

Despite promoting from the lower division in Season 2, the Level Up roster will not continue their road to TI10 with the organization backing them up. And on top of having to prepare for the TI10 qualifiers sponsorless, the line-up has also suffered a slight change as their Brazilian carry, Leonardo “RdO” Fernandes, couldn’t rejoin his teammates in Europe for this final push.

Adding Kamil “agressive child” Biktimirov to the carry position, the former Level Up players will fight in what is one of the most stacked TI10 qualifiers under the Spider Pigzs tag.

Much like in Europe, some of the biggest names in the region will fight for one ticket to The International 10.

Fnatic fell short in the second season of regional leagues and missed their opportunity of locking themselves in via AniMajor. While the tournament was unfolding in Ukraine, Fnatic moved their mid lane player, Kam “Moon” Boon Seng to inactive and recruited Yang “Deth” Wu Heng I. He joined the squad in the offlane role which means that Ng “ChYuan” Kee Chyuan will be playing in the mid lane in the upcoming SEA qualifiers.

Formed at the beginning of the 2021 DPC, Team SMG was not even close to claim a lower division spot in the first season of regional leagues. Ahead of Season 2 qualifiers they brought Yeik “MidOne” Nai Zheng aboard and managed to climb the ladder. However, a lower division run can’t secure any team a spot at TI. Thus, with regional qualifiers as their main target once again, Team SMG never stopped to look for renowned talent and on June 14 announced Fnatic’s former mid laner, Moon joining their ranks.

Following their top six finish at the Singapore Major, where they actually couldn’t attend in a full formula, OB.Neon did a lot of roster tinkering.  The team parted ways with Prieme Ejay “PlayHard” Banquil mid June and that triggered yet another role swap for Rolen Andrei Gabriel “skem” Ong, who will be now playing position 4 support. The offlane role was taken by Michael Roi “Enryu” Ladines.

This year China will have five teams attending The International, and so far four of them have secured their spot via DPC points. But one of the biggest surprises through the entire 2021 Dota Pro Circuit was Elephant falling short of a major appearance.

After another subpar performance in the second season of DPC leagues, Elephant made a player trade with Royal Never Give Up, thus both teams will fight for the one ticket to The International 10 with revamped rosters.

Ru “RedPanda” Zhihao, who’s been on the starting line-up of Elephant and who played with them through both seasonal leagues, will now fight for a shot at going to TI10 on RNG’s side, taking the vacant spot left by Xie “Super” Junhao.

Royal Never Give Up roster:

The biggest roster change in the Eastern Europe region took place just ahead of the AniMajor when two of the AS Monaco Gambit players decided to leave the roster and join Natus Vincere.

Returning from the Major where they had to play with two stand-ins, Gambit kept just Artem “Lorenof” Melnick from the two players who helped them at the tournament and will head to the qualifiers matches with Albert “eine” Garaev joining in as support five.

For the past few years, the NA region struggled to find sponsor traction. Except for Evil Geniuses, all the Dota 2 teams that competed this year in both seasons of regional leagues have done it without benefiting from organization support. Roster stability has been the biggest issue throughout the entire Dota Pro Circuit and when TI10 qualifiers are knocking at the door, most of the teams don’t even have a full line-up.

Sadboys are one of the few to finalize their roster in time for the qualifiers. After Clinton “Fear” Loomis left the team to join Thunder Predator as coach, Sadboys took aboard Jacky “EternaLEnVy” Mao for the carry position and completed their roster by adding a Brazilian flare with Danylo “Kingrd” Nascimento in the offlane.