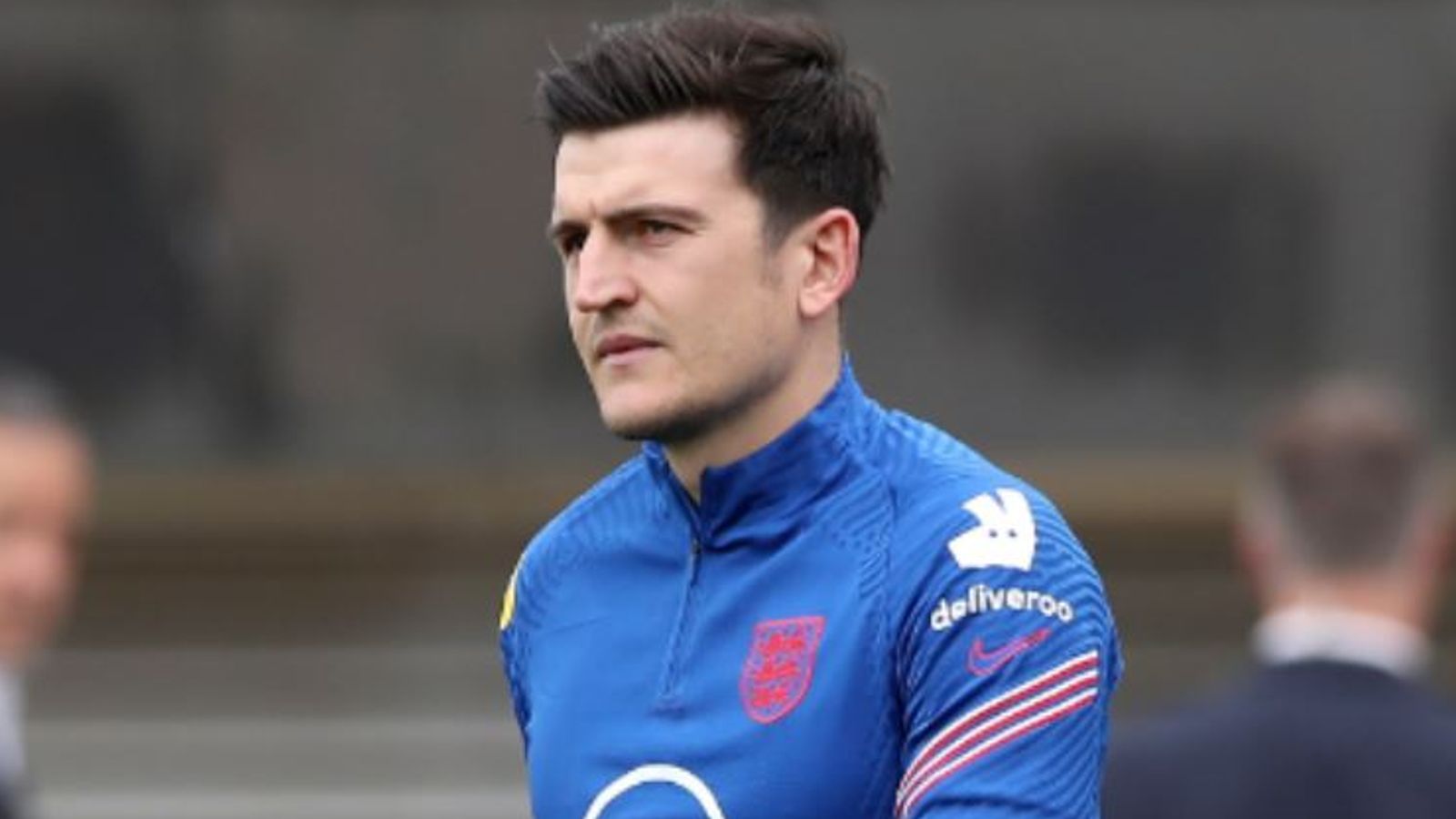 Harry Maguire has declared himself fit and available for the highly anticipated clash between England and Scotland for the European Championship.

The 28-year-old center-back is an established part of Gareth Southgate’s side, having played a key role in England’s run to the 2018 World Cup semi-finals in Russia.

But Maguire’s availability for this summer’s European Championships has been in doubt since he suffered a high ankle sprain on May 9 after Aston Villa’s Anwar El Ghazi awkwardly landed on him.

The defender missed the rest of United’s season, including the Europa League final, and was not ready for Sunday’s Group D win against Croatia.

However, Maguire progressed ahead of schedule and returned to full training last week, putting him in contention for Friday’s clash against Scotland.

“I feel good, I have trained now,” said the central defender.

“Obviously the injury was a setback for the club’s football. Internationally I wanted to enter this with many games behind me and in full physical shape, but I feel good. I look forward to it. “

Asked if he was desperate to start on Friday, he said, “Yeah, definitely. Obviously it’s a great game. I’ve done a few sessions now and I feel like my fitness is there, so like I said, I’m available to play. “

Maguire feared losing the Europa League final and the European Championships as soon as the injury occurred, but the focus soon shifted to strengthening his ankle after the “strange incident”.

“It’s about building confidence every day, and the only way to do that is to train and play,” he said.

“You can do as many rehab sessions as you want, but when you’re not playing that competitive football you can’t build that confidence, especially when it comes to an ankle or knee injury.

“So it’s just more training sessions and training matches, matches every time they come and the confidence will continue.

“But as long as it’s stable and the pain is bearable, I’m sure I’ll be fine.”

Maguire doesn’t think there is any more risk for the comeback than there would be for recovering from injury, insisting that he feels fit and fresh for Friday.

“I think over the course of a career in football if you hadn’t played with pain, you’d probably spend more time on the sidelines than on the football field,” he said.

“I’ve done it my entire career and so have everyone else playing week after week.

“The thing for me is that I’ve never had an ankle injury before, so I haven’t been able to assess pain or stability. This depends on the physiotherapists and we do tests day in and day out.

Maguire also says he came to England with United’s blessing, admitting he was “nowhere near ready to run, ride or ride it” at the Europa League final despite being named to the bench.

“I was seeing physiotherapists every day and manager Ole (Gunnar Solskjaer) was great with me,” said the United skipper.

“He wouldn’t have held me back if he thought I was suitable for the first, second or third game of the group.

“He said ‘go and have fun, make sure it’s right of course’. We have been in constant contact and the club has been brilliant with me.”

Southgate remained in regular contact with Maguire, who always felt he had a role to play as the focus was fully on facing Scottish rivals.

“Any European game is a huge game, Scotland is also huge.

“It will be a great day, a great opportunity for the country to come together and push forward and do our best to go and get the three points and perform on the day.

“It will only be a great day if we get the three points and then I’m sure we will enjoy the opportunity.”