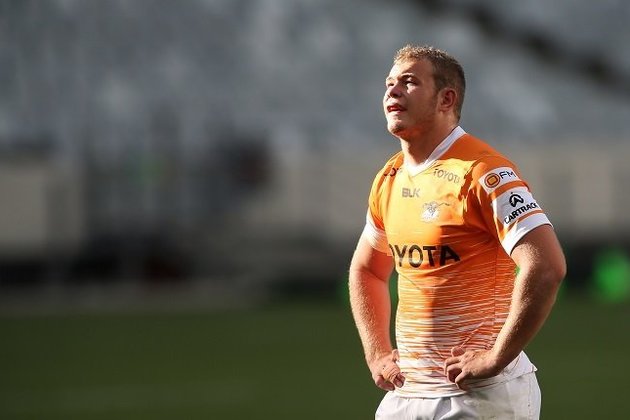 On Saturday, Junior Springboks coach Bafana Nhleko called George Cronje to lead the team in the upcoming International Series Under 20, also calling two other players to his squad.

Nhleko confirmed that the talented Cheetahs are free to lead them in matches against Uruguay, Argentina and Georgia, and called in Brandon Wilkie and Kian Meadon (both Sharks) to extend the squad to 30 players.

“George will lead the team for this very significant series, while he will be assisted by Jordan Hendrikse and Sasko Ndlovu, the other two players in the management team, Nhleko said.

“He’s a quiet guy, but the one to lead this group in this tournament. He drives from the front and leads with his deeds.

“He’s the kind of guy who puts the team first and that’s one of our values ​​within the group. His character exemplifies that and is very inspirational in the way he brings the team together.”

Ndlovu is a very popular team member, while Hendrikse leads the way they want to approach things, explained Nhleko.

“Both will assist George well. Sasko has great respect among his teammates and Jordan is a good driver in the team and will be important for us in terms of tactical approach.”

Cronje said the reality of the announcement only began after being informed by Nhleko.

“At first I was just happy, but a couple of minutes later, he kicked that the coach has given our management team an important task, something we will accept to the best of our ability,” Cronje said.

“It will be important for us to make sure that the team is all pulling in the same direction and is aiming for the same result.

“We have a fantastic group of players here and they have worked so hard to finally have the opportunity to play for their country at this stage of their career, I don’t think it will be a difficult task to be honest.

“Our work will actually be easy, we just have to make sure that all the energy and concentration flow in the same direction and that the pleasure of the task will follow. We all want to enjoy this moment too, so there will also be smiles on our faces”.

Cronje said the focus will now shift to Uruguay, the first opponent they will face when the series kicks off at Stellenbosch’s Markötter stadium next Friday.

Wilkie and Meadon joined the team as Nhleko chose to use the full set of players allowed for the tournament.

“We initially named only 28 players, but we decided to add players to expand our depth a bit,” said manager Junior Bok.

“Brandon has always been a part of our Academy, while Kian has been in our facilities, playing in the SA Schools two years ago.

“When we reunited last Friday after a short break, Zeilinga Strydom and Nico Steyn were sidelined due to medical problems and Quan Horn (Lions) and Bradley Davids (Sharks) replaced them in center and scrum half respectively. .

“It was disappointing for the two to lose, but both Quan and Bradley got very close to the original selection the first time around, so I’m glad they got their chance,” added Nhleko.

The Junior Springboks will face Uruguay on June 18, Argentina on June 23 and Georgia on June 28, before the International Series Under 20 concludes with a final matchday on July 3, where the teams will face each other based on their ranking in the tournament.