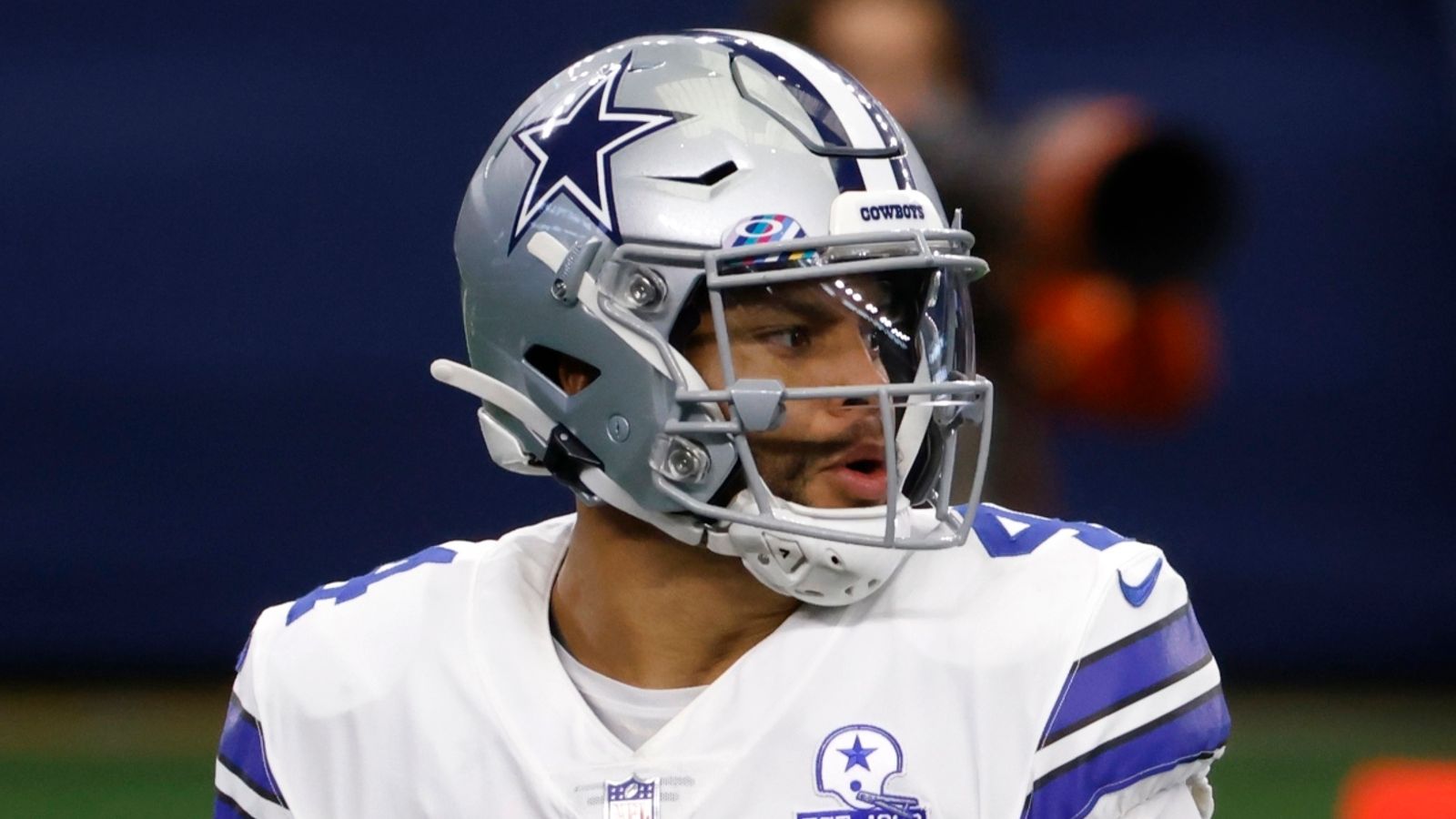 The compound fracture on October 11 ended Prescott’s 2020 season after five games; Prescott was leading the NFL with 1,856 passing yards and was on pace for nearly 6,000 yards when he sustained the injury

Dallas Cowboys quarterback Dak Prescott says that he is fully recovered from the devastating right ankle injury he suffered nearly eight months ago.

The compound fracture on October 11 ended Prescott’s 2020 season after five games. But now, he is proclaimed, he is recovered.

“I’ve buried the injury,” Prescott told reporters after Wednesday’s practice. “Honestly, guys, you know me. From the point of practice, from the point of just moving forward and going about my life, I’ve buried it mentally. And I think you guys and a lot of people around have to help me in burying it as well as we move forward.”

Instead of feeling sorry for himself after seeing a promising season cut short, Prescott was quick to attack the arduous rehab he faced.

By the time he reached the point where he was doing on-field work, Prescott felt he was ahead of the forecasts. He initially dealt with occasional foot soreness following workouts, but eventually that subsided over time.

“I think the first couple of days we were also on the turf, maybe that played a part in it; doing more true, just more drops and football movements than I have in the rehab part of it,” Prescott said. “From the first week of even teaching sessions to now, I left practice, will leave today, hopefully no soreness, no residual swelling or anything like that.

“I say that because with all that gone and none of those effects, that’s what allows me and helps me bury it, to be honest with you guys. I don’t even think about it before practice, pre-practice, but still doing all the necessary things and being smart that I am still only seven months away from the injury.”

Prescott signed a four-year, $160m contract with $126m guaranteed in March. The big deal came despite the major injury that interrupted what was lining up as a big statistical season.

Prescott was leading the NFL with 1,856 passing yards and was on pace for nearly 6,000 yards when he sustained the injury. He passed for nine touchdowns and was intercepted four times.

Prescott was a fourth-round pick in 2016 out of Mississippi State. He was the eighth quarterback selected and has proven to be a big-time steal for the Cowboys.