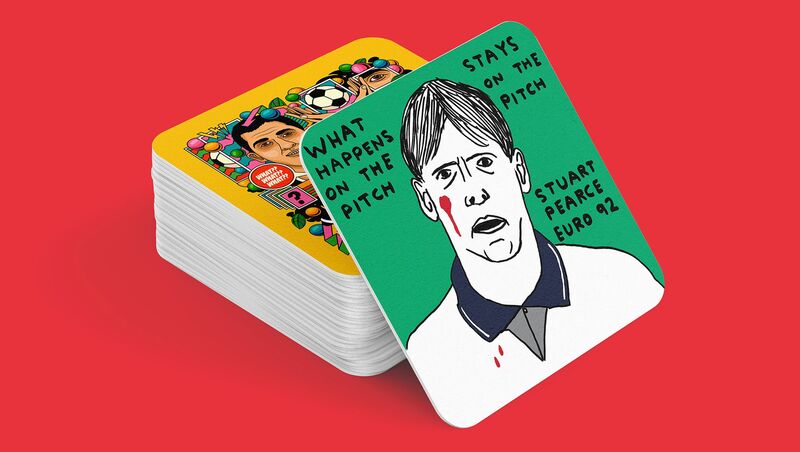 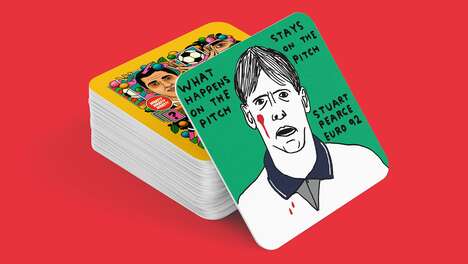 The collaborative efforts of 20 graphic designers led to the creation of the Weird Euros. The team reinterpreted moments from the UEFA European Championship football history and illustrated them on a set of beer mats. These quirky illustrations feature a compilation of strange goal celebrations and bizarre game occurrences. The project strictly highlights weird and funny moments rather than great goals and iconic celebrations.

The Weird Euros is a follow-up project to the Weird World Cup, which raised £20,000 for charity three years ago. This time around, the project is donating proceeds to grassroots football charities. One of the project’s leads, Gordan Reid, admits that this year’s project includes “more of a strategy” along with more graphic designers than the Weird World Cup project.